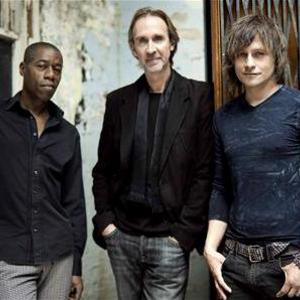 Mike & The Mechanics are an English rock/pop supergroup formed in 1985 as a side project of Mike Rutherford, one of the founding members of the band Genesis. The initial line-up for the band was Rutherford on bass, vocalists Paul Carrack and Paul Young, keyboardist Adrian Lee and drummer Peter Van Hooke. Following Young's death in 2000, the band took a break. In 2004, Paul Carrack became the band's sole lead vocalist until the band drifted apart in 2007. The band reformed in 2010 with new vocalists Andrew Roachford and Tim Howar.

Mike & The Mechanics debuted with their stellar eponymous album in 1985 which highlighted Rutherford's innovative guitar work and the vocal talents of the two Pauls, amongst other guest vocalists. Initially, the group's albums were released between Genesis albums, all three Genesis members having solo projects of their own, most notable in the huge chart success of singer/drummer Phil Collins. This ended with the disbanding of Genesis in 1998.

The classic song "The Living Years" from the album of the same name was to be the height of their critical success to date; the #1 single was written by and about the dissension between singer BA Robertson and his father, a situation that was never rectified prior to his father's death, sung with great passion by Carrack. The album also featured the song "Nobody's Perfect" which received considerable airtime as the music to a successful television advertising campaign for Tennants bitter. Their third album "Word Of Mouth" followed in 1991 with less commercial and critical success although the lead single, with vocals by Paul Young, reached the Top 20. The fourth album "Beggar on a Beach of Gold" was a high watermark in the quality of their material, with both the album and first single "Over My Shoulder" charting well with many considering the album the band's best work.

After a hiatus following Young's death from a heart attack on July 17, 2000, the band reformed in 2004 as Mike & The Mechanics featuring Paul Carrack releasing the album "Rewired".

A new Mike & the Mechanics album (titled "The Road") will be released in the spring of 2011, supported by a 22-date UK tour. Replacing Carrack and Young as vocalists for the group are Andrew Roachford and Canadian actor/singer Tim Hower.

Out Of The Blue (CDS)