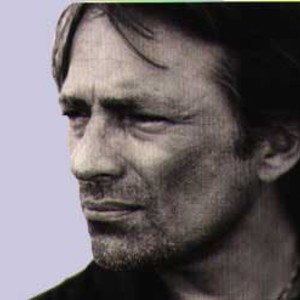 Mikael Rickfors was born in Stockholm, Sweden in 1948. From 1968 he was the lead singer and bass guitaristist in popular Swedish band Bamboo. The band released two singles before breaking up in 1970. Rickfors would later join the British rock group The Hollies. In 1972 Rickfors joined popular British rock group The Hollies as a replacement for lead singer Allan Clarke who had left to pursue a solo career.

In 1972 Rickfors joined popular British rock group The Hollies as a replacement for lead singer Allan Clarke who had left to pursue a solo career. Rickfors soon achieved an international hit as his first single with the group The Baby reached no. 26 in the UK as well as charting in various other territories. The band followed up by releasing the album Romany, with one song, Touch, written by Rickfors. This was a transitional period in the band's history and though the group seemed to be winning a new found in respect in the United States their fortunes in the single market were declining.

The group suddenly received an unexpected boost as a single extracted from the group's previous album shot up the American charts. This created a problem as the song featured former singer Allan Clarke's distinctive vocals. The Hollies were now forced to undertake their first major US tour without their signature vocalist. The tour was not a commercial success.

The band then recorded a second album, Out On The Road which featured a major song writing contribution from Rickfors. On both albums and on stage Rickfors also sang, played guitar, bass, congas and keyboard. Out On The Road was effectively shelved, however, only being released in Germany and Spain.

The experiment having seemingly failed, Rickfors departed The Hollies as Allan Clarke rejoined.

In 1975 Rickfors released the first of eleven solo albums. 1988 saw the release of his hugely successful Vingar album. In 1990, he embarked on his first collaboration as part of the Swedish supergroup Grymlings (named after Rickfors' farm).