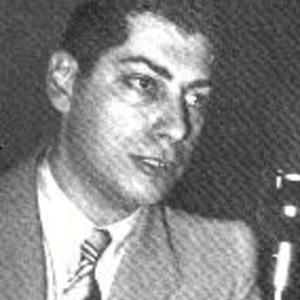 Better known for being a radio host, Almirante got his nickname (Admiral) for having been in the Army between 1926 and 1927. He started out in music as a singer and tambourine player with the group Flor do Tempo, which switched names do Bando dos Tangar?s when Noel Rosa joined in. The group's first album was released in 1929, featuring Almirante's samba "Na Pavuna", and was also the first to bring percussion into a recording studio.

A year after the success enjoyed in the carnival of 1930, Bando split up. Almirante continued as a singer, getting visibility as a samba and carnival interpreter, with tunes like "O Orvalho Vem Caindo" (N. Rosa/ Kid Pepe), "Yes, N?s Temos Bananas" and "Touradas em Madri" (J. de Barro/ A. Ribeiro). In the 1940s, Almirante stopped performing and became a full time radio host. Within 18 years, he hosted 20 shows. One of his main goals was the rescuing of musicians from the past, like Donga, Jo?o da Baiana and Pixinguinha. This interest in the preservation of the country's musical history led him to become a pioneering researcher in the area.