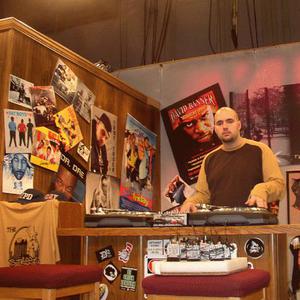 What do you get when you combine a raw talent for mixing, a vast knowledge of music and an instinctive ability to rock a crowd? Cleveland, Ohio's one and only Mick Boogie. From working the tables on WENZ/Z107.9 (Cleveland) and Sirius Satellite Radio to producing and distributing the most successful mixtape series to come out of the Midwest, Mick Boogie is one hungry DJ. And he insists this is only the beginning.

Born Mickey Batyske in Poland, OH, Mick was surrounded by music from as early as he can remember. From classic soul and Motown to Polka and Rock, music remained an ever-present influence in his home. Micks love for hip-hop blossomed at an early age. Growing up in a household where we listened to so many genres of music, hip-hop was the one thing that, to me, merged everything together His rural surroundings didn't exactly offer him an all access pass to the emerging rap scene but that didn't stop a young Mickey from digging deep into the music he had become so impassioned with. "Where I grew up, no one was really into hip-hop, with the exception of the pop stuff. I definitely credit my broad musical roots for helping me gain an appreciation of true hip-hop in its many forms."


The mixtape game has welcomed Mick Boogie. Having done cd's with artists such as 50 Cent, Common, Eminem, Busta Rhymes, Ghostface, Nas, Young Jeezy, Kanye West and more, artists and labels look to Mick to help break their artists in the competitive global urban marketplace. MTV refers to Mick's discs as "truly amazing." Retail powerhouse Mixunit.com ranked Mick one of the 30 most important people in mixtapes. Music review site Rapmullet.com states: "Mick Boogie is the go-to DJ to get that creative promo buzz out to the masses!"


Mick has done mixtapes and events for several large companies, including LRG Clothing, Nike, Reebok and Cornerstone Promotions. Mick also appeared in (and contributed to the soundtrack of) "Mixtape Inc, The Movie," the theatrical biography of the mixtape industry. With his mixtapes now available worldwide, Mick and his associates, The League Crew, have taken the music industry by storm.


Unlike many mixtape deejays, Mick Boogie's true strength is in ?rocking the party.? Having spun all over the world, Mick's unique mix of contemporary hiphop, old school classics, pop music and even rock captivates crowds of all kinds. Doing events in New York, Montreal, Miami, Toronto, Philadelphia, Las Vegas, Puerto Rico and even Europe, Mick Boogie is truly an international force.