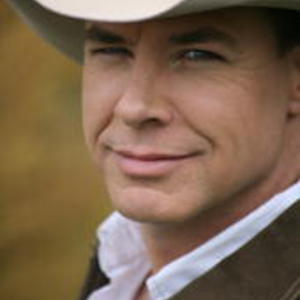 Michael Peterson continues to be one of Country Music's favorite voices. In 2008 Michael released, not one but two new CD's, "In Black" and "Grave to the Cradle." He also hosted the Third Annual Michael Peterson/New Holland Celebrity Tractor Race during the CMA Music Festival and created special DVD projects to benefit the American Legion Legacy Scholarship Fund. This spring he is launched a national tour promoting the strength and values of America and its citizens.

This spring he is launched a national tour promoting the strength and values of America and its citizens.

The "My Real Life ? Strong For America Tour," which is being presented by the U.S. Army and supported by other sponsors such as the American Legion, New Holland Farm Equipment, Prince William Marina/Sea Ray Boats and others, challenges students, civic and business leaders and other community members to engage in building their community through several free initiatives and programs. Rejecting the traditional artist approach of in-and-out, one-night-only concerts, Peterson is investing a week of his time in each city.

"This Tour isn't about me," said Peterson. "I'm just a catalyst to help motivate a spirit of community-building that already exists. The star of this Tour is the individual who takes steps to invest more of his or her time and talent back in the community. Through the generous support of the U.S. Army and our other national sponsors, we are able to introduce tangible programs such as school assemblies, mentoring programs, internship programs and volunteer match programs at no cost to these communities."

Best known for topping the Billboard charts with "Drink, Swear Steal and Lie," and "From Here To Eternity," Michael has been an award winning artist for over a decade. Michael was recognized as country music's top selling new male artist for 1997 and 1998. He was also named Country Weekly's Male Newcomer and Gavin's Artist To Watch.

In 1999, he was selected by country fans as Male Star of Tomorrow at the TNN Music City News Awards, before hitting the charts again with "Something 'Bout A Sunday" and "Sure Feels Real Good," from his second CD, "Being Human," and even guest starred on the hit TV show, "Walker, Texas Ranger."

"Modern Man" was released in 2002, producing six songs in the top forty in the first week in Germany and another number one hit in Europe, a composition covered by his pal, Travis Tritt, "No More Looking Over My Shoulder." It was number 1 on the European hit indicator "The Hot Disc" chart and number 2 on the German country charts. Subsequent touring in Europe has included France, Germany and Switzerland in the last few years.

Michael has been spending much of his personal time mentoring aspiring young songwriters and teaching the craft to eager music students at some of Nashville's premiere songwriting programs including The NASHCAMP Songwriting Seminar, the Gibson Bluegrass Showcase, Tunesmith Songwriting Seminars and Loretta Lynn's Songwriting Festival.

In 2006, in addition to recording "Down On the Farm," a special promotional CD that was available strictly through New Holland tractor dealerships, Michael spent most of the that year working with his tour sponsor The New Holland Corporation and the U.S. Army around an initiative called "Harvesting Great Americans." This exciting initative was born out of New Holland's and the US Army's commitment to investing in America and Americas youth.

At the invitation of General Richard Cody (The Vice Chief Of Staff Of The Army), and the New Holland Corporation, Michael has been combining his gift as a seasoned presenter with his successful country music career to build a growing sense of togetherness between civilian and military communities. He is delivering this dynamic, proactive message around the world, inviting Americans from every walk of life to Answer The Call to a purpose bigger than themselves.

His commitment continued to grow when he was asked to serve as the national spokesman for The American Legion Legacy Scholarship Fund.

?Michael Peterson is a staunch supporter of this cause,? said National Commander Paul A. Morin. ?I am delighted that he has agreed to champion this great program that benefits the children of our fallen heroes.?

The American Legion Legacy Scholarship Fund provides college scholarships for children of military personnel killed on duty since Sept. 11, 2001. Peterson pledged 50 percent of the profits from his DVD, ?It's Who We Are,? to go to the fund.

And for two years in a row he co-hosted the Hattie Larlham Doodle-thon on Time/Warner cable nationwide to raise money for people with disabilities and was instrumental in the National Christmas Tree Associations Trees For Troops program, helping to provide free trees for military families.