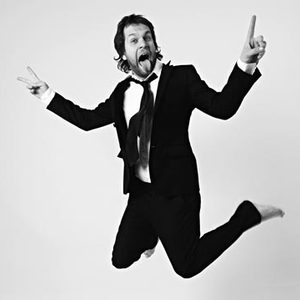 You might not know the name Michael Fakesch (born 8 March 1975) yet, but you?ve surely heard of his former band Funkst&ouml;rung (which was highly regarded for the numerous remixes done for artists such as Bjork, Wu-Tang Clan, Jean-Michel Jarre, Lamb, Nils Petter Molvaer, Speedy J, etc.). After Funkst?rung?s split in 2006, Michael Fakesch is now back with a bang! The past year was a busy year for Mr.

Fakesch; he did several TV ads, worked (and is still working) on film projects, did a few remixes (for e.g. Herbert and Booka Shade), and was finally able to complete a new solo album called "dos". For this one, he has teamed up with a new partner: soul vocalist Taprikk Sweezee (zoikmusic/Hamburg), who even co-wrote most of the album. Think Prince, think Funkst?rung, and then forget everything...voila, that's dos, the upcoming album from Michael Fakesch!