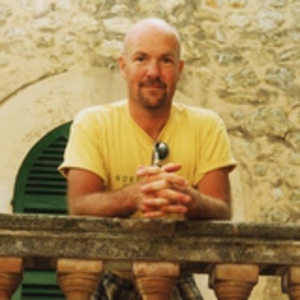 Fell in love with music at an early age and had piano lessons as a child. Felt very passionate about music and felt he had to get involved. Played in a variety of cover bands doing the USA bases in Europe but started to compose his own music. As technology advanced he got the idea that he'd want to do everything, composing, performing, producing, mixing. The technology became affordable and allowed his vision to come to pass. Released his first album, Beautiful World, in 2006.

Joined myspace in early 2006 and had immediate success with Chillball Music who took two tracks from Beautiful World to put on A Trip To Ibiza 2 compilation album. Placed a track with La Torre in Ibiza and had a further four tracks on Spa 2 another Chillball compilation. Macao Cafe Music in Ibiza took 3 tracks for a compilation also. Chillball released his second album "Late At Night" in August 2007. Had many radio plays around the world on a variety of stations. His third album "A Better World" was released in March 2008. His Fourth album "Cafe Tranquillo" was released in Sept 2008 and his fifth album "Five" was released in December 2008. "Speak To The Others" released, May 2009.

Flowers From My Garden

I Had The Strangest Dream

The Universe Is In Us