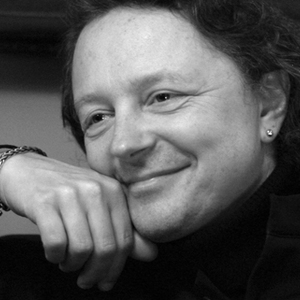 Michael Allen Harrison's musical talents began at the young age of 6 when his parents decided to enroll him in piano lessons to help him come out of his shell. "I was painfully shy growing up. My Mom thought it would help me to gain more confidence." Soon after, he discovered that music came easily for him, he was a natural. He attributes his success to his teachers and professors who all had the confidence in him and continued to encourage his natural talent over the years.

The foundational roots that shaped Michael as a young boy left a significant imprint on his heart and eventually led him to launch the Snowman Foundation, an organization that supports school programs where music has been eliminated due to budget cuts and provides instruments and scholarships for kids who can't afford it. During his college days, Michael became recognized for his unique and natural ability to not only play music, but compose it. Again, supported by his professor he began to write music for theatre programs and branched out as one of the company pianist for the Pacific Ballet Theater, Ballet Oregon, and Oregon Ballet Theater.

In 1986 Michael debuted his first album which quickly launched him in the Northwest scene as one of the most loved and recognized musicians. Since then Michael has released over 40 CD's sharing his wide variety of composing styles. His musical genius crosses many different genres, from classical contemporary to new age/world and smooth jazz. He launched MAH Records in 1984 which became his well-known label for other popular Northwest artists. To date, Michael has produced over 200 musicians including his most recent CD for Katie Harman, Miss America 2002 and just released a new duet CD, "At Midnight" with Saxophonist Patrick lamb.

A classical musician at heart, one of Michael's favorite pastimes is performing with the Symphony, which is something he has been doing since 1996. As a composer and arranger his favorite compositions have been passionate arrangements for piano and orchestra, and has performed numerous times with the Portland Festival Symphony, including his first concerto, "The Mount Hood Concerto". "Classical music tells a story like no other genre. I often feel as though I channel this music through because it still wants to be heard. Composers such as Chopin, Grieg, Liszt, Schubert, Rachmaninoff and Tchaikovsky as well as modern composers including Andrew Lloyd Webber, Jon Williams, Aaron Copeland and George Gershwin have been a great influence on me because of their magnificent storytelling. I'm passionately moved to bring these sounds back with a classical contemporary cutting edge."

Since 1992, Michael has become nationally recognized for writing film scores for many motion pictures, short films and documentaries. He has scored music for numerous Ballet and Theater Companies including the Oregon Children's Theater and the American Dance Theater. Most recently he music directed "The Full Monty" and plans to launch his own musical, Prometheus.

No matter what type of genre this extraordinary musician plays, he always seems to hit the heart strings of his audiences and melts them with his heartwarming melodies and passionate lyrics. Whether he's playing in front of a 3,000 seated audience or one of his popular evenings entitled, "Dinner with Michael" (in his very own living room), his breathtaking sound takes people on a mesmerizing journey that keeps them coming back for more.

Christmas Festival of Lights at the Grotto