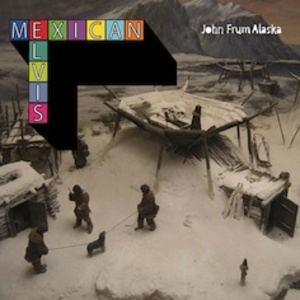 Mexican Elvis are a band from Bavaria/Austria/Switzerland/London and they make the best music that they possibly can. Laury and Maxi are brother and sister, Christoph and Peter are not (however they have thought about it). Laury and Peter met in the Atomic Cafe in Munich because of Laury's hair. They have played many concerts across Germany and Switzerland, and have supported acts including Port o'Brian, Kettcar, American Music Club, The Good Life, The Frames and Sir Simon Battle. They have released a Blue Vinyl 7" and an EP/CD "There could be fireworks or something".

They were also recently the backing band for Turner Cody for some dates on his recent German tour.
They have just recorded their first album in Berlin with Simon Frontzek (Tomte, Sir Simon Battle) which will be released early 2010. The album was recorded with several friends from the local Bavarian Music scene including members of Missent To Denmark and Calexico. The track "Drop Hawaii" also features guest vocals from Pete Fijalkowski previous lead vocalist in Polak and early 90's UK indie heros, Adorable.

You Smelt It. We Dealt It.