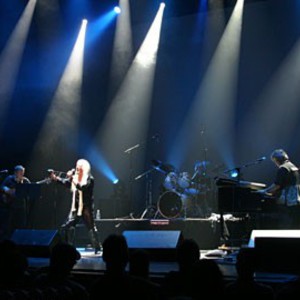 Metamorfosi is an Italian progressive rock band. They formed in Rome in 1969, and released their first album in 1972, "...E Fu Il Sesto Giorno". Starting with their second album, "Inferno" (1973), they embarked on an ambitious project to interpret Dante's work in a rock form. The album is treasured among fans of Italian progressive rock, but the band split up soon afterward, having written the second part, Paradiso, but not recorded it.

In 2004, vocalist Davide Spitaleri and keyboard player Enrico Olivieri got back together and recorded Paradiso.