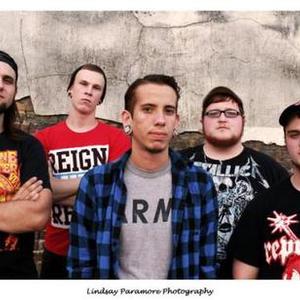 There are at least 5 bands known as Messengers: An American thrash band, a 60s Motown band, a Christian goup, and a 70s German jazz rock band. 1) Texas thrash band Messengers pulled no punches this year when they charged onto the Dallas heavy music scene. In the band's own words they "just want to be heard," and playing music in the vein of Crowbar, Pantera, and Agnostic Front will get the job done.

1) Texas thrash band Messengers pulled no punches this year when they charged onto the Dallas heavy music scene. In the band's own words they "just want to be heard," and playing music in the vein of Crowbar, Pantera, and Agnostic Front will get the job done.

Messengers' hometown, Dallas is known for producing heavy music from the likes Pantera, so it's not unusual that a hardcore band from "The City of Hate" could cross over so seamlessly. Childhood friends Noah, TK, Andy, and brothers Chad and Chance have set in motion an unstoppable sound. High energy, fast-paced, driving tracks dominate Anthems, the band's first EP, and spot-on gang vocals punctuate the songs with uncompromising strength.

Messengers are stalwart supporters of the thrash sounds of yesteryear, but to call Messengers' sound a throwback is to not realize the full potential of the second coming of 80s and 90s hardcore and thrash.

Anthems will be released on Strike First Records November 2010.

2) Originally from Milwaukee, they cut Midnight Hour/Hard Hard Year (U.S.A. 866) at Chicago's U.S.A. Studios in 1967. Almost immediately afterwards they signed to Motown records, becoming the first white group to do so. However, with the U.S.A. 866 release doing pretty well, the record company needed someone to promote it, so they signed Michael and The Messengers from Boston and re-recorded Midnight Hour with a different flip side. The Messengers had a lean spell at Motown but eventually re-emerged with further recordings on its Rare Earth label.
The personnnel listed comprise the "Milwaukee Messengers" who were responsible for the recordings above but who are also inextricably tangled up with the other Messengers/Michael and The Messengers groups, originating from Minnesota and Massachusetts. Gary Myers had made a comprehensive attempt to unravel this Gordian knot in his excellent book on Wisconsin fifties and sixties bands 'Do You Hear That Beat' (Hummingbird Pub. 1994, ISBN 0-9643073-9-1) and with whose permission the personnel and discography above has been clarified.
Both sides of their privately-pressed 45 on Home Made can be heard on A Journey To Tyme, Vol. 5.


3) All it takes is a mixture of dedication, brotherhood, talent, and faith to bring together five individuals who seek the same musical goal. It can be seen time and time again across the ever-evolving musical timeline. But to convey a message through song that is much deeper than just words on a page, a message that tells more than the average lyricist can compile, could take a lifetime to accomplish. Playing in front of a screaming crowd may be the easiest aspect for this group, because these individuals are out to do much, much more. Messengers is a group of five Christ-driven musicians that believe in a story that many have found to be worth telling. But they aim to do it with their own style, backed by their relentless belief in each other, and with God as their driving force. You never know quite what to expect from these tenacious and talented musical minds. Although you may hear influences from some of your other favorite bands, Messengers aims to bring something new to the table. Within their soaring melodies you will find yourself awash in a whirlwind experience, but their crunchy breakdowns and drum sampling will bring you back down and shake you to your core...not to mention a haunting and inspiring lyrical experience. Within everyone's life there is a story of not only happiness and joy but of pain and anguish. When five spirit-filled musicians mix their own experiences into the inspiring story they aim to tell, it can touch the hearts of every person that is exposed to the experience. And that is exactly what Messengers aims to do.

4) Messengers were a jazz-rock band from Berlin, Germany that recorded 4 records in the 1970s.

5) Messengers were a new wave duo from England active from 1981 - 1984 consisting of David Mitchell and Colin King. They were produced by Midge Ure, and were the support of Ultravox on tour during those years. The band released several singles during those years and in 2004 the album It's Been Twenty Years, Let's Try Turning Up The Volume was released. An album containing od and new material.

It's Been Twenty Years, Let's Try Turning Up The Volume