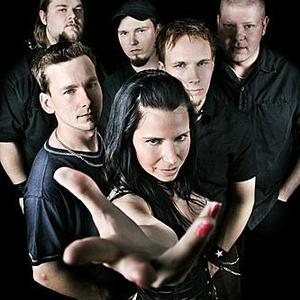 Memoira are a female fronted finnish band playing a form of epic metal that has progressive, melodic and gothic orchestral parts. Memoira are known for their strong melancholic melodies and heavy guitar walls. Memoira began their journey in the beginning of 2007, originally formed by the two guitarists Jani Haanp?? and Marko Heurlin in 2001. They gathered together a group of various musicians who had played in different bands.

Memoira released their self-title debut album through Nightmare Records in 2008. A music video for the song Liberation was made. In early 2010 lead singer Jemina Pitk?l? left the band for unknown reasons. That same year Memoira found a new vocalist in Kati Rantala. In may of 2011, Memoira entered the studio to record the sophomore album, the first to feature Kati Rantala on vocals. In 2012, Memoira split from guitarist Marko Heurlin. Their sophomore album is due out in 2012.