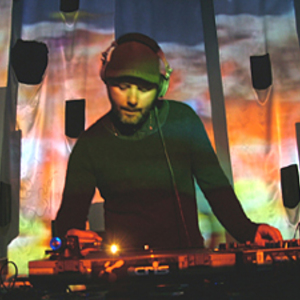 born in germany and partly raised in usa,spain and england, thomas melchior has been resident in london for over 20 years. there he also started his musical career as composer /singer and keyboarder in an arty/electronic five-piece band(Blipvert Bigtop) releasing records on their own label and performing in small london clubs.after downsizing and renaming to Ohm ,their fusing early electronic experimental and funkadelic based jazz and funk caught the attention of the likes of africa bambata,dj smash hunter(eightball) acid jazz and talking loud.

A young judge jules who along with roy the roach (quaff records)and dan donovan(big audio dynamite)helped release some of their material.being ahead of their time success, ohm's "heady volt experience ep"(with it's fusion of jazz,techno,hip hop and funk)however had an undeniable influence on the much later emerging trip hop scene(james lavelle(mo wax)was an ardent admirer and put in his all time top 20).but times were a changing and thomas moved on to pioneer and explore other moods and grooves. with the arrival of an atari computer,he began to discover the world of reduced music making leading him to work and hang out with weird beat master j.saul kane (depthcharge)introducing him to the early london techno underground where he met with people like peter ford,mark moore,carl craig,stefan robbers etc.soon he was on his way to making tripped out electronica and in '92 thomas hooked up with multi instrumentalist tim hutton and started recording as vulva/yoni. quickly vulva caught the attention of the aphex twin's richard james and his rephlex gang of freaks. other offers followed and vulva for a little while basked in the lights of small time success releasing records on san fransisco's reflective and germany's source records as well as gigging alongside the aphex twin,plaid,autechre etc.as the years went by thomas'interests(with the help of a couple of technics sl 1200s) shifted towards producing more deep+tracky style house tunes and after touring the usa as members of lady miss kiers'(dee lite)outfit,thomas and tim went their seperate musical ways however continuing to help each other out in the future.thomas moved to new york familiarizing himself with the american house and techno scene before returning to london where he started to work with by now old friend peter"baby" ford.the releases quickly mounted under various monikers namely sunpeople,soul capsule(trelik),ifach
collective,m-core(ifach), before establishing his more personal london speed garage influenced deep hypnotic+sexy micro house.setting a new manifesto on his label aspect music in 2000/1 and reaching cult status after three 12"s,melchior productions was born and soon was releasing on labels perlon and playhouse.these days thomas has also found new homes in berlin as well as in salvador,brasil where he continues to search for the perfect groove.