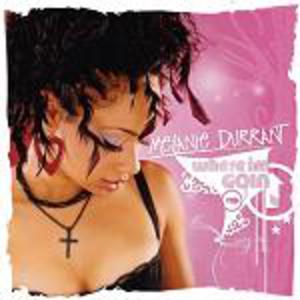 Melanie Durrant (born in Toronto) is a Canadian Urban soul Pop style singer. She was nominated in several categories at the 2004 Canadian Urban Music Awards. She has collaborated with artists such as Kardinal Offishall, Choclair, and Common. She has also been involved with numerous educational initiatives, such as headlining the 'HipHop4Africa' Mandela Children's Fund Canada and CapAids February 2006 Toronto benefit .

Motown president, Kedar Massenberg, recognized that Melanie was going somewhere straight off the bat, as did many Torontonians, when he heard the single, ?Where I'm Going?, on a PT Cruiser commercial in 2002. Soulful, sultry and original, it's no wonder she was scooped up by the label only a few days after Massenberg heard the promising songstress do her thing. While she's been compared to, ?Minnie Ripperton, Blu Cantrell, and Jill Scott,? she maintains, ?I don't mind comparisons, but I think I have so many colours to my voice that it's tough to find. I've got jazzy stuff, rock stuff, high stuff, low stuff.? What might appear at first to be an overnight success is actually quite the opposite. The president of Motown may have been the mighty wind that sent her rolling across the border, but it was years of hard work that set the ball in motion for Melanie. Born and raised in Toronto, Melanie attended the Earl Haig School of the Arts. She trained at the Royal Conservatory of Music and worked on an eclectic array of projects before she became an ?alternative hip-hop soul? (as she describes it) artist. She performed in Rent and The Exhale Show, appeared on Snow's album, Justus, and performed regularly at Honey Jam, where she started a buzz with underground audiences. It seems music is in the blood, too. Karen Durrant, Melanie's mom, tours Canada with her band as a Tina Turner impersonator, a show Melanie was once a part of. Her mom now sings back-up at Melanie's shows. Melanie's first single, ?Housework?, hit the airwaves in 2002, before she struck her deal with Motown. People responded well to the playful, infectious track and to her powerful, wide-ranging voice and wanted to hear more, which prompted the release of ?Where I'm Going?. She's coming from Toronto, and she has plans on taking it much further.