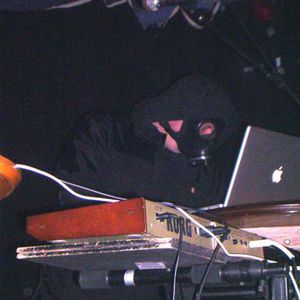 Founded by David Kudrev in late 2001, the Mechanised Convulsions project (MechCon for short) started as a hobby, due to his interest and an acute passion in industrial music. The name derives from the way that some of us feel, with the routines we have in lives, some necessary, some unnecessary but we have to pursue nevertheless, and there are times where we just break out of those routines, like a machine overheating, just goes into convulsions.

As time has progressed, and other influences have appeared in the scene worldwide, as well as noticing the industrial music scene in Adelaide diminishing, Dave has taken his sound to a different level to what it was at the beginning, with more advances on the tools used for the sounds, he has gotten to a level of music consisting of angry, distorted, industrial/powernoise rhythms, blended in with melodies and ear-bleeding noises, to deliver a mixture of emotions expressed through sound.

MechCon has performed at the Distorted 2005 Electronic Music Festival in Melbourne, Australia, and for a first performance, was given a warm response at the end of his set, which gave him the determination to continue his hobby. Dave's major influences are extremely broad, ranging from the more harsher-EBM acts like Suicide Commando, Terrorfakt, and Dulce Liquido, to the harshest of powernoise acts, like Converter, W.A.S.T.E., Iszoloscope, Mono No Aware, Winterkalte, Hypnoskull, the list goes on!

Dave has then left his former label to join Uncomfortable Records (organised/managed by Padraig, aka Nimheil - Ambient/experimental noise project) and has since stayed on with Uncomfortable. Since joining the label, Dave has been able to release his EP's Adelayed, and Retronoise. On top of that, his debut album "Questionable Normality" was released on the 20th September 2007. The Mechanised Convulsions project will stay as long as it is a hobby for him, and as movement for other artists locally to get influenced, and produce industrial music once again.

This year he has announced in late June, that he will release two albums. A net release for free called "Noise for the pop cliques", and a CD/digital release called "Carcinogenetics".