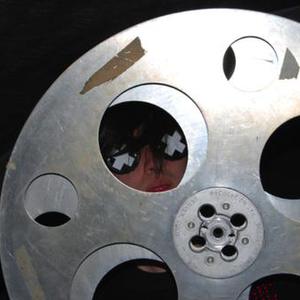 1. Max Miller (November 21, 1894 ? May 7, 1963), the "Cheeky Chappie", was a 1930s English music hall comedian famous for his daringly risqu? (for the period) repertoire (see Censorship) and gaudy suits. Born in Hereford Street, Brighton as Thomas Henry Sargent, Miller became notorious for his double entendre based humour, which at the time saw him banned from the BBC on more than one occasion. His jokes were ostensibly written in two notebooks, a white notebook for 'clean' humour, and a blue one for 'adult' jokes.

He was known for his outlandish outfits, which generally included patterned plus fours and matching long jacket (a look which has clearly influenced the stage outfits of modern comedian Roy 'Chubby' Brown), with a trilby hat and kipper tie. He was also a popular singer of comedy songs, his most famous being Mary From the Dairy, which was also his signature tune. He also appeared in 14 films and made three Royal Variety Show appearances.
In real life, he was completely unlike his stage persona, quite bourgeois, almost puritan, not allowing any bad language in the dressing-rooms. At home, he lived in deep privacy, devoted to his surprisingly posh wife, and fond of keeping parrots. He was also famously mean, except for his donations to blind charities. (He'd been temporarily blinded in the trenches and never knew if he'd recover his sight.) But these were kept strictly secret. Apart from that, his only act of generosity would be an occasional sixpence to a lad in the street, to fetch him some more parrot-food.
In old age, he would say ?Me, Max Miller, I'm nothing. But the Cheeky Chappie, he'll live for ever.? He told a Sunday paper ?I've got enough money to last me the rest of my life - if I die tomorrow.? Soon afterwards he died, on May 7th 1963, at his home at 25 Burlington Street, Brighton, from a heart ailment; he had been cared for by his wife Kathleen Marsh.
[edit]Legacy

A statue of Miller was unveiled in his home town of Brighton on 1 May 2005 by Roy Hudd, George Melly, June Whitfield and Norman Wisdom on behalf of the Max Miller Appreciation Society. Hudd appeared as his hero in the Big Finish Productions Doctor Who audio play Pier Pressure in 2006. The Appreciation Society was formed In 1999 by a group of fans in Brighton with Roy Hudd as President. The Society publishes a quarterly magazine 'There'll Never be Another' and has a website www.maxmiller.org. By 2007 the Society had enrolled over 700 members. The Society has erected 2 plaques on properties owned by Miller - Ashcroft, Kingston Lane, Shoreham in 2000 and 160 Marine Parade, Brighton in 2006. It has also published the 'Max Miller Appreciation Society Blue Book', which records virtually every Miller joke.
[edit]Catchphrase

He was renowned for his use of catchphrases, in performance
"Now there's a funny thing"
"There'll never be another"
"They don't make 'em today, ducks"
"It's people like you who get me a bad name"
"It's all clever stuff I'm giving you"
"How's your memory, gal?"
"Miller's the name lady"
"I don't care what I say, do I?"
"That's nice Maxie"
"You can't help liking him"

2. Max Miller (born, March 12, 1990) is a solo musician from New York City. He creates songs that offer his thoughts and observations on life, as seen through his own unique lens. Recognized for his energetic live performances and intricate recordings, Max Miller is slowly but surely making a name for himself in a world overcast by a dense fog of bland and uninteresting music. He aims to be a light in that fog. A beacon of hope for music kind! ...or, at the very least, something different.