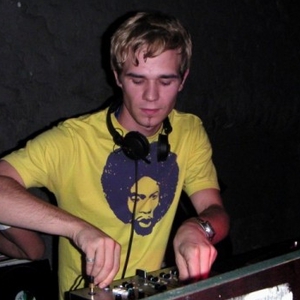 Matthias Schildger aka Matt Star was born in 1987 in Offenbach a.M. At the tender age of 8 years he got in touch with elektronic music, while listening to a radio-broadcast of a big techno event. From this moment on he had been grabbed by a fascination and passion for this music and hasn't been released anymore. Since 1999 he is actively taking part and performs on various parties ? by then for sure privatley and not legally. With the age of 17, the first club gigs, where he was able to spread his sound, had turned up, leading to to a recidency at MTW Offenbach at the ?Element-Events?.

Since 1999 he is actively taking part and performs on various parties ? by then for sure privatley and not legally. With the age of 17, the first club gigs, where he was able to spread his sound, had turned up, leading to to a recidency at MTW Offenbach at the ?Element-Events?. Today, he is to be found behind the turntables here and there, on numerous international top-class parties. Since 2009 he, his brother (Locke) and friends arrange the monthly event ?Monchichi? @ MTW.

His first (self-) experimental steps he did, by the way, with his Playstation back then. While his friends were gambling Super Mario or Pacman, he was trying to elicit wicked sound-commodities ? actually with some success!
His quantum jump as a producer he had reached with his EP ?Art of M? on Weave Music, releases like ?Balztanz der Schwingungen? had been remixed a couple of times and met the approval of nearly all famous DJs. Labels of great reputation like International Freakshow, Opossum Rec. or Momentum took advantage of his art. Even Cocoon Records listed ?Am I Dreaming? on their Cocoon Compilation H and invited him to gigs at Amnesia, Ibiza. At the end of 2008, ?K?hle Fliege? remixed by Hugo, was flipping round the dancefloors and achieved hit-status. By now he is in great demand as a remixer, and he is producing tracks for chummy artists.

Together with his brother he is leading the label Main Records as well as the same-named record store in Offenbach/Germany, resulting in his own labelproject ?Mainakkustik? and ?Wirr Warr?. Matt Star is DJ and Live-Act at the same time, furthermore there are numerous other projects like ?Dreist? with his brother Locke as well as Berovic & Leicher, ?Automatt?, ?Starbug? and ?Yam Yam? .

His sound Matt describes as follows: ?Everything I like? or ?MicroPhunk?. From ambient and triphop-extracts to house and techno of the harder section, everything meeting the approval can be found on the turntables ? just depending on the vibe. In the club he is normally acting pretty strictly and with one goal on his mind: It has to be danceable!