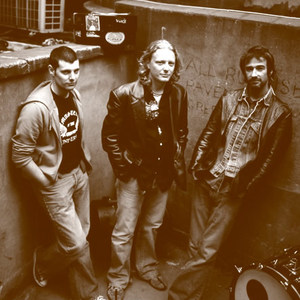 Matt Schofield is a UK blues guitarist and singer whose music blends blues with rock and funky jazz rhythms. His band, The Matt Schofield Trio, play their own material, which is a blend of blues and jazz, along with covers of blues classics such as Albert Collins' 'Lights Are On, But Nobody's Home'. One of the Major influences for Matt Schofield has been Robben Ford and this is audiable from his playing as well as his vocal style.

Schofield has two live discs and one studio album. The first of the live discs, 'The Trio, Live' was recorded at the Bishops Blues club at The Half Moon, Bishops Stortford and, funded and produced by Richard Pavitt, gave the band their first breakthrough. This was recorded in 2004. The second live album, 'Live At The Jazz Cafe!' was recorded at the London Jazz Cafe in April 2005. The studio album, 'Siftin' Thru Ashes' was also released in 2005. This album showcases not only Matt as a virtuoso contemporary blues player, but also as a very competent song writer playing a part in writing 8 out of 11 of the tracks on this album. AllMusic.com calls Schofield's approach ?an enjoyable demonstration of what can happen when blues-rock and blues-jazz are united.? Schofield was given a four star (excellent) rating in the Penguin Book of Blues Recordings. The release of 'The Trio, Live' prompted Schofield to be featured in a Guitarist Magazine article listing the nine notable up and coming blues guitarists, Schofield being the only non-American. Of the album they said 'britblues meets jazz via N'Orleans - all played with the kind of sizzling guitar that just doesn't often surface in Fairford, Gloucestershire'.
Schofield performs with an organ trio (guitar, organ, and drums), which is an unusual format for blues bands. Organ trios are mostly associated with the 1950s and 1960s US jazz groups led by organists such as Jimmy Smith. Blues bands more commonly use quartets (guitar, keyboards, bass, and drums) or quintets (guitar, rhythm guitar, keyboards, bass, and drums). In Schofield's organ trio, organist Jonny Henderson plays a Hammond organ, performing basslines using his left hand, and playing chords and lead lines with his right hand. The trio's drummer is Evan Jenkins. Jeff Walker played bass on the final track of 'Siftin' Thru Ashes'.

Ear To The Ground

Live At The Jazz Cafe!