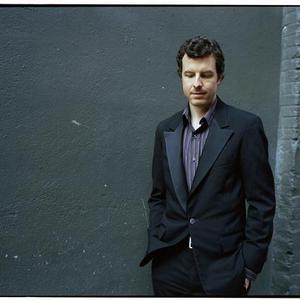 Matt Ray is known in New York as a versatile artist, having worked for many years as a jazz pianist and vocalist, recording artist and producer, music director for theater and cabaret shows, a sideman for singer-songwriters, as well as an accompanist for some of the city's best vocalists. His work as a bandleader includes two albums, and a number of tours and New York featured performances. His album We Got It! climbed as high as #12 on the Jazz radio airplay charts, and was the one of the most played jazz CDs in America in 2002.

His work as a bandleader includes two albums, and a number of tours and New York featured performances. His album We Got It! climbed as high as #12 on the Jazz radio airplay charts, and was the one of the most played jazz CDs in America in 2002. His most recent CD Lost In New York was also released to wide critical acclaim. In addition, the Matt Ray Trio has performed all over the world, including the Caribbean and Central America for the U.S. State Department as part of the Kennedy Center's Jazz Ambassadors program.

In his years as a professional musician Matt has worked with a diverse group of musicians including jazz artists Joe Lovano, Jeremy Pelt, Anita O'Day, Queen Esther, Bobby Hutcherson, and Marcus Belgrave; rock and pop artists Paul Brill, The Flying Change, and Danielia Cotton; and theater artists like Taylor Mac and the cabaret troupe The Citizens Band. In 2009 Matt played piano in, and music directed Taylor Mac's Obie Award winning theater production The Lily's Revenge, and can be seen touring with Mac's hit show Comparison Is Violence: Or the Ziggy Stardust Meets Tiny Tim Songbook.

Matt's has played on a number of film scores, including What's On Your Pate (2009), Give Up Tomorrow (2011), and Paper Man (2009). His piano playing is heavily featured in the score of the documentary film Charlotte (2011), on which he collaborated with composer Paul Brill. Ray and Brill have had a long working relationship, with Ray having played on three of Brill's albums, and two Brill film scores -- Pindemonium (2008) and the soon to be released Better This World. Currently Matt is in the studio lending his piano playing to composer Pat Irwin's score for the third season of HBO's Bored to Death series.

Current New York performances include Joe's Pub with Bridget Everett and the Tender Moments, as well as shows with his own trio at Silver Lining, Little Branch, and Sofia's.

Matt holds a Bachelors of Music from Oberlin Conservatory, is a member of the National Music Honor Society Pi Kappa Lambda, and in 1999 was honored as a semi-finalist in the prestigious Thelonious Monk International Jazz Piano Competition.

Matt is a board member and Vice-President of Consilience Productions, a 501(c)(3) non-profit organization dedicated to using live music performances to increase civic engagement and activism.

Love Is A Tragedy