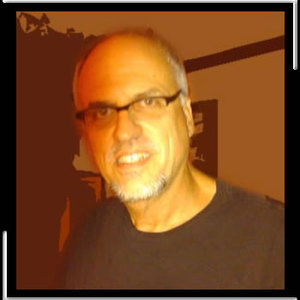 After being a sideman for such artists as JOHNNY "GUITAR" WATSON, and heading up his own fusion band, Matt Ender has spent the last 30 years scoring, song writing and producing music for Film and TV. Along with an Emmy nomination for Outstanding Composition, Matt has composed numerous themes, songs and scores in this genre, including THE SECRET FILES of J. EDGAR HOOVER, ENTERTAINMENT DAILY JOURNAL (formerly PERSONALITIES) for FOX TV, TALKIN' DIRTY AFTER DARK for NEW LINE CINEMA featureing Martin Lawrence, and the I.

Currently, Matt is focusing his attention on writing several TV shows, including TMZ, EXTRA, TYRA, and ELLEN, just to name a few. He also contributes to the FOX SPORTS Music Library on a regular basis.

Matt has also released two CD's as an artist. His debut CD, ANCIENT ISLE, sold over 25,000 copies and was available nationwide at the NATURAL WONDERS stores. Matt's composition, MOONLIGHT IN YOUR EYES, (written with collaborators, Ron Boustead and John Vester) has been recorded by Capitol Recording Artist, Richard Elliot on the album, TAKE TO THE SKIES, and along with songwriter, Lenny Laks, he wrote FLY AWAY, the theme song for the feature film, THE FIFTH FLOOR, sun by PATTIE BROOKS.