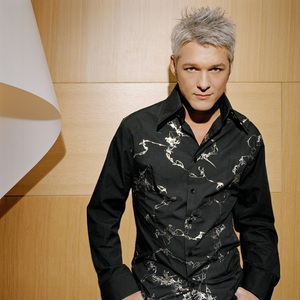 Mathias Holmgren (born April 20, 1974) is a Swedish pop singer whose career began after his participation in a talent show called Fame Factory 2002. He became the lead singer of the band Barbados in 2003. The band competed in the Swedish preselection of the 2003 Eurovision Song Contest with the song "Bye Bye" that came 10th. In 2005 Mathias took part in Melodifestivalen (the Swedish preselection of the ESC) as a solo artist with a song called "L?ngt bortom tid och rum" (Far Beyond Time And Space) that made it to Andra Chansen where the song came 5th.

At Helvete For Sent (CDS)