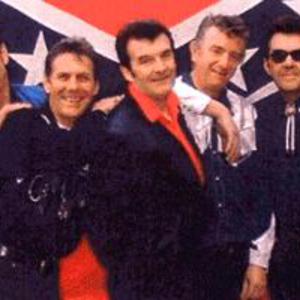 The band's greatest hits include Rockabilly Rebel (1979), Midnite Dynamos (1980) and Over The Rainbow (adapted Musical song, 1980). Their last Single I Want Out (1983) from the Album Crossed Line was produced together with Kirsty MacColl.

Riders In The Sky