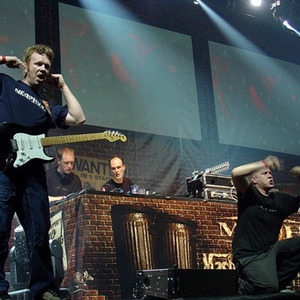 There are two groups with the name Masters of Ceremony. The first is a hip hop group from the Bronx, New York. Members Grand Puba Maxwell (who later moved on to form Brand Nubian), Dr. Who, Don Baron & D.J. Shabazz, recorded six 12 inch singles and their only Lp Dynamite at Jazzy Jay's studio. The album was hailed by critics and listeners alike, but probably due to low sales the group disbanded.