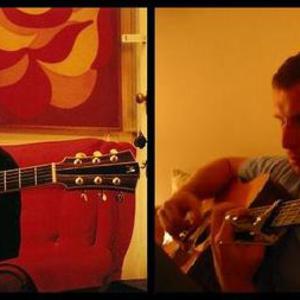 Brothers Christian and James Mason hail from Richmond, Virginia. The Sun, the Moon & the Sea (2007-8) is the first full-length album from Mason Brothers, and it showcases the brothers' acoustic leanings, with elaborate finger-picked guitars, splashes of lap steel, percussion, and piano. Also featured on this record are the brothers' stark, imagistic, yet hopeful lyrics. Upon its release, The Sun, the Moon & the Sea was met with critical acclaim, described by popmatters.

Upon its release, The Sun, the Moon & the Sea was met with critical acclaim, described by popmatters.com, for example, as an "indie-folk opus...one of the best folk albums to come in some time.? Various blogs began featuring mp3's from the record, and providing enthusiastic and thoughtful reviews: "?cinematic folk music, rich and deliberately crafted, with guitars and voices woven tightly together. It's something a visionary movie director would do well to notice?a tremendous debut? (Catfish Vegas).

One movie director did take notice as the brothers' song "Ghost at the Wheel" was featured in the as-yet-unreleased feature film Don't Fade Away, alongside artists such as Ryan Adams and Alexi Murdoch on the film soundtrack. Christian Mason also did some custom scoring for the film. Other songs from The Sun, the Moon & the Sea have also been featured on a variety of television shows and documentaries, on networks including the CW (90210), CBS (Flashpoint), History Channel, Biography Channel, PBS documentaries; as well as various surfing broadcasts, films, and documentaries.

The brothers are set to release their follow up in November, 2010. The record will be entitled Ghost Season, and will feature full-band orchestrations, and a variety of dynamic styles, in contrast to the understated folk style of The Sun, the Moon & the Sea.

The story of Mason Brothers began with solo work of James Mason. In 2003, James released a solo album entitled Carnival Sky; several tracks on this record feature James' brother, Christian Mason. The subtle beauty of Carnival Sky was affirmed in reviews from all over the United States, drawing favorable comparisons to the late Nick Drake, the late Elliott Smith, and Roger Waters of Pink Floyd. The record even made a splash overseas, with reviews and orders coming in from as far away as Greece, Belgium, and Luxembourg.

The brothers went on to play a string of shows in Virginia, DC, and North Carolina, opening up for acts such as Magnolia Electric Company (Songs: Ohia) and Mates of State. Even without extensive touring the record made an impact, charting on CMJ reporting radio stations. Everyone involved was pleasantly surprised with the level and nature of the attention?attention created with minimal, grassroots publicity.

The Sun, the Moon & the Sea