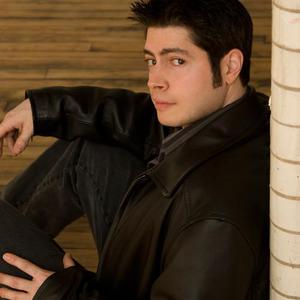 Mashed Buddha is the name of the one man band consisting of John Corda, his keyboards, his computer, and occasional human collaborators. A rarity in the world of electronica and it's various offshoots, he adds musicality and, the not-so-predictable, human touch to a form dominated by DJs and people who program machines, then let them run through their paces. Mashed Buddha falls under the rubric of jungle and drum 'n' bass, but is so much more than the terms imply. "I like to think of my music as electronica that doesn't take itself too seriously," he states.

"Mostly it's a blend of wild musical ideas that constantly run through my head. I tame them with soothing words." He further soothes them by adding a rock and pop sensibility to the framework of drum 'n' bass. He achieves this by using tried and true techniques of songwriting such as creating verses, choruses and bridges from hooks, voices, keyboard licks, snippets of sound and catchy themes. On his debut CD, 'Subdue Your Mind', each song uses drum 'n' bass -- frenetic drum beats matched against slower bass lines -- but also elements of funk, downtempo, and even '70s jazz fusion. On his latest CD, 'Zen Conspiracy', in addition to a richer pallette of sounds and guest vocalist Uri Geller, he incorporates something no one else in this genre uses: jazz improvisation.

Born and raised in Adams, Massachusetts, Corda started playing piano at the age of eight and began lessons at nine. Growing up, he was influenced by a wide variety of music, including classical music ranging from Mozart to bizarre 20st century atonal compositions. Later, through the auspices of Led Zeppelin, he became obsessed with the music of the '70s, especially progressive rock and jazz fusion groups such as Weather Report and Mahavishnu Orchestra. These groups, and the experimental nature of that era, molded Corda's musical mind and spirit and inspired him to leave safer ground and go down the path of experimentation and inventiveness.

John's music took off when he started getting electronic keyboards and recording equipment. He wrote and improvised music, endlessly exploring how chords, rhythms, and melodies could be combined and recombined. In college, he studied jazz composition and classical piano and received a BA in jazz studies. While in school he played in jam bands and jazz bands, but eventually returned his focus to composition and recording.

Mashed Buddha was born out of Corda's need to combine his musical tendencies and experiences, maintain his forward-looking creativity, and satisfy his need to communicate with an audience, an audience that approaches music with both mind and body. "Drum 'n' bass gives me artistic freedom while tapping into an audience that wants to listen." In addition, he further explores his musical tendencies and leaves the house of Mashed Buddha, so to speak, by performing live in the Boston area with the acid jazz band Organism.

Mashed Buddha has created a signature sound by putting a human face on, and pumping blood through, the often cold music created by machines and electronic devices.