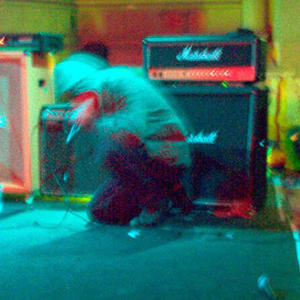 Marzuraan formed as a two piece by Pete Burn (Orrin DeForest) & Lee Stokoe (Culver) in early 2002 using only two heavily downtuned bass guitars & as much distortion as possible. This Gateshead/Newcastle upon Tyne bassed low frequency duo self released their 5 track, 70 minute debut album Mammuthus (Traqueto records 003) in August 02, which quickly sold to Earth enthusiasts around the world. The first gig was in October at a two day event in Newcastle, unrequested drumming was provided via Michael Gillham (Voorhees, Snotnosed).

What had originally started out as a project spiralled into a full time band with the added inclusion of sporadic vocals from Stu Ellen member of local tribute act FLAG SABBATH.

Recordings made across the first half of 03 were mixed later that year becoming the 5 track, 60 minute album 'Solid StaTe' released late August 2004.

Material was recorded for 'Solid Wood', a 4 track 12 released by Kult of Nihilow records (January 06).

They're currently piecing together tracks for the "progressive" forthcoming double LP to be released in the USA on Division Sound records of Detroit & on CD in the UK by NoFi records of Newcastle upon Tyne. Expect weird melodic up tempo rocking & a return to the lengthy droning of their origins. If nothing else this record will have the best song titles thus far. Working album title is "The Ever Licking".

MARZURAAN would like to play all ages gigs where & when they can implementing ultra low sonics and extreme/sublime visuals to assist in altering your lame head and dying spirit.