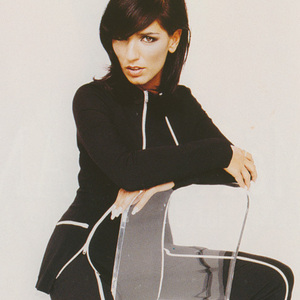 Mary Kiani (usually spelled M?ry Kiani on her records) is a Scottish singer who first had hit songs as vocalist for dance music act The Time Frequency in the early 1990s and later a failed solo career. Before TTF, Mary was Session/Backing vocalist and has toured with artists such as Donny Osmond and performs vocals on The Simpsons' Yellow Album. Mary Kiani on her 1997 debut solo album Long Hard Funky DreamsAfter leaving The Time Frequency due to disagreements, Kiani signed a solo recording contract with Mercury Records.

Mary Kiani on her 1997 debut solo album Long Hard Funky DreamsAfter leaving The Time Frequency due to disagreements, Kiani signed a solo recording contract with Mercury Records. With her energetic dance hits she quickly became one of the top nightclub acts on the scene, being nicknamed 'Queen of Clubs'.[citation needed] . She topped numerous club charts and her solo singles all made the national charts. "When I Call Your Name" made #18, the double A-side release "I Give It All To You" / "I Imagine" peaked at #35 and was followed into the charts by the cover of "Let the Music Play" (originally a ground-breaking and genre-defining freestyle song recorded by Shannon) which reached #19. Her fourth release "100%", her last single to be remixed by Motiv8 was another hit at #23 and "With or Without You" (a U2 cover, apparently approved by the The Edge himself) hit #46. All the singles were taken off her album Long Hard Funky Dreams, which sold disappointingly.

Kiani then disappeared from the music scene for a while resurfacing with an Australian-only single "Wrap You Up" in 1999, released on Jam Records. She contributed a track called "No Frills Love" to a few dance compilations, the main ones being The 2002 Sydney Gay & Lesbian Mardi Gras Official CD and Gayfest 2003.

In the late 1990s Kiani opened the Glasgow nightclub 'Slave' in the city's Clyde Street. The media put this out as being an S&M club because of the name Slave, but the club was a normal nightclub and the name Slave is in tribute to her idol Prince.

However, the club failed because of the media and its location on Clyde Street, a street that runs along the river - at the time the Riverside area was rundown.

She is still a popular performer on the gay club circuit, her singles always included remixes that proved popular on the scene, especially those remixed by Steve Rodway (Motiv8), which were very upbeat and very melodic. She came back in 2006 with her new album, The Sydney Sessions, which initially received an Australia only release in September. The album is available on iTunes alongside the 2005 remix of "Let the Music Play". She toured Oz in support of the album, including a very-well received performance at the 2006 Sydney Gay and Lesbian Mardi Gras, where she performed "I Imagine".

She recorded a highly-praised version of "After All I Live My Life" for Scottish Legend Frankie Miller's tribute album which was released in 2003 on Eagle Records. Backed with The Mary Kiani Sunshine Choir, her track is just one of several contributions to the album by stars including LuLu, Bonnie Tyler, Robert Carlyle, Fish, Horse, Billy Connolly & Rod Stewart.

Kiani toured in Australia during 2007 is gave birth to her second child in Spring of 2007. There is also talk of a charity single being released in Australia with all money going to a Children's Hospice.

Mary's new single Anything Is Possible will be available as a Maxi CD on October 7th 2007 through Mary's new UK label Pumpin' UK. The Sleazesisters Remix is currently available on iTunes UK alongside Break The Chain which is billed as Club Junkies vs Nick Jay featuring Mary Kiani and is a cover of the Motiv8 club anthem.

Wrap You Up (CDS)

With Or Without You (CDS)

When I Call Your Name (CDS)