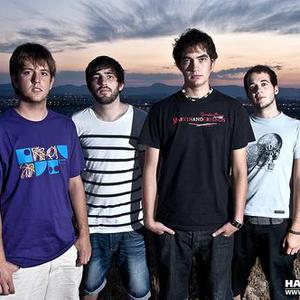 MARVIN (there are several bands called Marvin) - this bio is for the french band : Marvin is a power-trio from Montpellier (FR). With only drums, guitar and korg ms20 synth they play a high-energy instrumental noise music tending to psyche or even krautrock. To summarize, Marvin is in the no man's land between Shellac and Kraftwerk ! They released a split LP with the French noise band DOPPLER. In 2007 they released their first album, totally autoproduced and very acclaimed by the critics.

Marvin is also a sludge-punk band from Pensacola, FL that records with Forsythe Productions.

Marvin is also the name of the UK rapper formally known as Marvin the Martian (Marv the Marsh).

Marvin is also a one-man-band from Malm?, Sweden.

Marvin is also a Hungarian dj.

Marvin is also an electronica/indie band from Florence, Italy. From this playlist their songs are Unleash, Shade of Blue and Wilderness. You can find their songs and contacts from their official myspace page http://www.myspace.com/marvinproject

Devil In The Distance