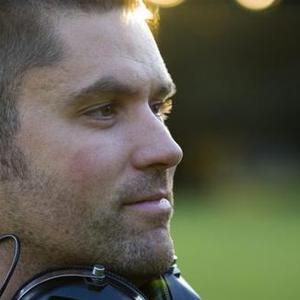 Martin Brodin is the owner and founder of Sweden's deep-house label, Deeplay Music. He is the man who discovered such great talents like Physics and Dalminjo. The launch of the sub label Deeplay Soultec in 2005, will lead Deeplay into the edgy and techier realm, while still retaining the foundational element of soul. Martin is always open to new ideas and sounds, which is often reflected in his talent as a DJ and producer.

His serious interest in music started during the 1980's, a decade in which he grooved to the sounds of Yello, Depeche Mode and Kraftwerk. In the early 1990's, Martin once again found himself at the forefront of the emerging dance music scene. He became instantly hooked on this genre when he heard the Lil Louis club classic, "French Kiss." Buying and collecting Dance Music records became Martin's number one love and hobby. Currently, he listens to all kind of music, this open-mindedness helps to develop his unique ?music-ear? as he ventures into new musical boundaries.

His deejay sets encompasses different styles and moods. Martin often tailors his set to fit a specific audience. He thinks of himself as an eclectic dj that is not afraid of experimenting with new sounds and musical ideas. Martin's versatile sets have raised his profile internationally, spinning at some of the most prestigious venues around the globe. Martin been playing sets all over his native Sweden, Berlin for Loveparade, London (for Ben Watt), Dubai, Zuric, Kiev, Copenhagen and Tokyo just to mention some of them

As an entrepreneur, a DJ, and a producer Martin Brodin will continue to make major contributions and be at the forefront of an ever-changing international music scene?

November 2005 sees the release of his first mix-cd compilation called ?Soultec Selected vol 1?. ?I wanted to bring back the feeling for true house music and present my passion for both underground and overgound sounds. Let's forget everything about the latest trends and coolest things. The whole concept is to have a mixture of quality house tracks mixed together regardless of old or new sounds. Why do it so complicated, lets start having fun again and to capture the feeling, I mixed the compilation in one go, two turntables, one mixer and whole lotta fun!!!?
This mix-cd was rated 5/5 in Uk's leading dance magazine DJ Mag.

With all the nice feedback from Semitone Shuffle he continued during 2006 with releases on such nice labels as Mood Music, Seamless and Prog City. The highlights that year was when he got the opportunity to hook up with 80's Electro/Hip-Hop cult act Newcleus. They agreed to re-release some of their classics on Deeplay Soultec. Said and done. Martin delivered two mixes of their million selling singles ?Jam On It? and ?Destination Earth?.

That year he got the opportunity to do a mix-cd for the successful Uk Bargrooves brand. He also managed to start up two new labels, Audiobahn and Just For Fun Recordings.

In 2007 he was approached by Ben Watt (Buzzin Fly/Everything But The Girl) for the song Freaky Bleepy which was signed to to Ben's label.
Martin continues with his goal to have one mix-cd released every year. This time it was done with S2S in Singapore which was a custom made compilation for the Asian market with music out of the labels Martin is running.

2008 looks out to be the most exciting year in Martin's career with singles coming up on Dj Hell's International Gigolo and German's finest Plastic City. And with remixes of Minilogue and more to come he can look at the future with lots of confident.