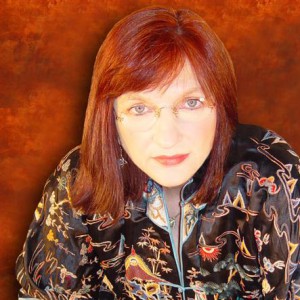 Growing up in Pueblo, Colorado, Martha Lorin found herself at a crossroads of diverse cultures. Martha's early vocal development was nourished by two generations, her Welsh grandmother, Sarah Dalton, a highly touted popular singer of the 1920's, and her jazz pianist/singer/songwriter mother, Margaret Dalton. Martha had her first club gig at age 19 at Enrico Banucci's "Hungry Eye" in San Francisco, where she met long-term mentor, pianist Shelly Robin.

After the tragic loss of her husband, Capt. Bruce Walker (shot down in Viet Nam and still MIA) Martha moved to Germany with their one year old baby girl for two years. Upon returning to the U.S. she completed her B.A. in American Literature at the University of Maryland, after which she moved to San Francisco to resume her singing career.
Martha's first solo album, "The Best Is Yet To Come," was co-produced by Joni Mitchell's producer and sound engineer, Henry Lewy. After its release Martha toured Japan and the Philippines, and then spent a year in Los Angeles where she met and collaborated with pianist/songwriter Frank Collett. Several of those compositions are included on Martha's new collection, "Don't Slam That Door."

New York Times music critic John Wilson says of these collaborations that Martha's "lyrics, with music by Frank Collett, stand up well in the company of such established gems as Strayhorn's "Day Dream" and "Easy Living" by Ranger/Robbins.

After living in New York City for some years, Martha now calls Milford, Pennsylvania home. She has served the Annual Milford Music Festival as its director and assisting with concept development. In 2004 the festival featured numerous fine and musically varied groups. The main stage heard performances from Bill Mays, Jerry Vivino, Nestor Torres and The Harlem Baptist Gospel Choir; and Martha took a break from her directing duties to sing a couple of tunes with the Russ Kassoff (Martha's partner on Blues Over Broadway" also available on CD Baby) Big Band.

Don't Slam That Door - The Many Moods of Martha Lorin