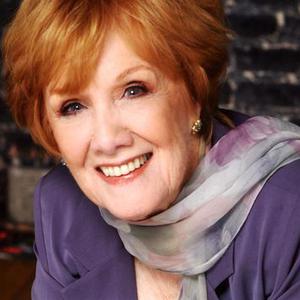 When Natalie Wood was seen in the movie West Side Story, it wasn't she who was singing "Tonight" or "I Feel Pretty." Neither was it Audrey Hepburn who really sang "I Could Have Danced All Night" or "Wouldn't It Be Lover-ly" when she appeared in My Fair Lady. And Deborah Kerr never sang "An Affair to Remember" in the movie of the same name, or "Getting to Know You" in The King and I. For all those actresses, the voice that actually sang the songs was that of Marni Nixon. Marni also sang part of "Diamonds Are A Girl's Best Friend" for Marilyn Monroe in Gentlemen Prefer Blondes.

For all those actresses, the voice that actually sang the songs was that of Marni Nixon. Marni also sang part of "Diamonds Are A Girl's Best Friend" for Marilyn Monroe in Gentlemen Prefer Blondes. And she sang for herself ("How do You Solve a Problem Like Maria?") when she acted as a singing nun in The Sound of Music.

Some of the other song titles made famous by Marni Nixon include "Get Me to the Church On Time"..."On the Street where You Live"..."Shall We Dance"..."The Rain in Spain"..."With a Little Bit of Luck"..."I Whistle a Happy Tune"..."Buttons and Bows"..."A Spoonful of Sugar"...and "Somewhere."

Marni Nixon, the mother of famed pop singer/songwriter Andrew Gold ("Thank You For Being A Friend"), has had a stellar show-business career that's spanned 60 years, and it's still going strong. Recently, Marni has been acting on Broadway, and touring, as a cast member of "Cabaret," James Joyce's "The Dead," "My Fair Lady," "Nine" and "Follies."

She's also acted on TV in "Law & Order: Special Victims Unit" and several other shows, including her own children's TV show, "Boomerang," for which she won four Emmy Awards as Best Actress. No stranger to the talk-show circuit, Marni Nixon has appeared on Late Night with David Letterman and The Tonight Show with Jay Leno, among many others. (See several of them at http://EmstoneMusicPublishing.com/Marni.)

My Christmas Card to You