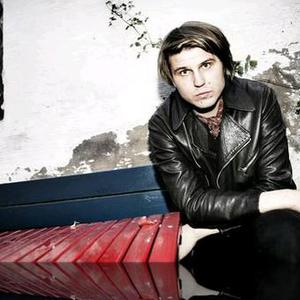 Markus Kruneg?rd, born April 6, 1979 in Norrk?ping, ?-sterg?tland, is a Swedish singer. He is known as the lead singer of the pop band Laakso and has also been a member of HETS!. He has appeared on Johnossi's album All They Ever Wanted (2008) and Eldkvarn's album Hunger Hotell (2008). He has also taken part in a song Det kommer bara leda till n&aring;t ont by swedish band S&auml;kert!. In April 2008 Kruneg?rd's solo album Markusevangeliet was released.

In April 2008 Kruneg?rd's solo album Markusevangeliet was released. In summer of 2008 he became the first artist to play at Hultsfredsfestivalen for three years in a row in three different bands: HETS! (2006), Laakso (2007) and solo (2008).

Markusevangeliet was released in 2009 as an updated version with remixes of some songs and 3 new tracks: Mitt kvarter, Livet &auml;r m&auml;nniskans b&auml;sta tid and E4, E18, v&auml;g 13.

In June 2009 Kruneg?rd recorded EP Lead Singer Syndrome with an artist Andreas Kleerup .
From January 2008 till August 2009 Markus was a radio host for a swedish radio program P3 Live Session in Stockholm.

Prinsen av Peking is one of two discs which was released on 14 October 2009. The first single Hela livet var ett disco was released on 3 August 2009. This song along with D&aring;lig p&aring; vardag was produced by Mauro Scocco. The title of the album could also be "translated" to Prinsen av Norrk?ping.
The second disc Lev som en gris, d&ouml; som en hund is, unlike the other, a bit darker and more difficult to absorb.