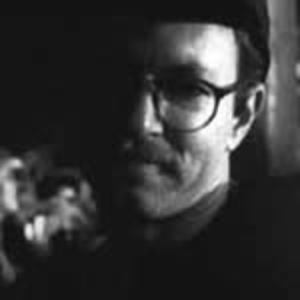 If there's a musician who's experienced bringing music alive, it's Mark Rownd. As a composer, Rownd has a distinct style of creating pieces that, much like the sounds in nature, flow together in ever-changing and unpredictable rhythms. Rownd compares his composing technique to abstract painting. "As you start working on the blank canvas, soon the work begins to speak to you," he said. "Once you've created something that speaks on many levels, you've got a piece of art."

Rownd compares his composing technique to abstract painting. "As you start working on the blank canvas, soon the work begins to speak to you," he said. "Once you've created something that speaks on many levels, you've got a piece of art."

Like painting, Rownd's music comes alive first as improvisations as he allows the energy and feelings of the moment extend into sounds. "The ideas express themselves," he said. "They sort of well up and then come out. Once you have established the beginning of a composition, then the piece itself starts telling you what to do next."

Rownd's first two CDs were both well received. He drew international attention when he self released his first work, Desert Waves, which he describes as embodying a contrast between very rhythmic and textural music. Desert Waves was placed on New Age Voice Magazine's international airwaves charts. The artist garnered widespread acclaim from his second CD, Painting Twilight, which was released through Spotted Peccary Music in 1998.

The CD, described as a textural, almost ambient, sublime work, earned Rownd the distinction of New Age Voice Magazine naming him an Ambient Album-of-the-Year finalist and also placing the work as the number four pick on its top 50 airwaves list. Star's End, Wind and Wire Magazine, and Expos? Magazine all included 'Painting Twilight on their 'best of 98' lists. Rownd is now in the formative stages of a third project, which will feature more intense acoustic rhythmic recordings.

Rownd began playing drums at the age of 9, and later studied vibraphone and piano. The artist has also been influenced by his education in fine arts. He has a Bachelor of Fine Arts in art and art history from Rice University. After studying piano, Rownd began composing with electronics and midi instruments in the early 80s, as the new technology was first introduced.

"I became interested early on in the new composing tools available through computer technology," he said. While Rownd has performed many styles of music, especially Jazz, on the drums, Rownd said he was attracted to a minimalist approach to composing on piano, keyboards and electronics. "It was my interest in minimalist composers such as Steve Reich and John Adams that lead me to an interest in Ambient music," Rownd said. "Even though my background is in percussion originally, I became interested in 'minimalist' music, which I found to be very meditative, much like the spirit of ambient music."

Like the large-scale color abstract work that Rownd painted in college, he enjoys creating sound fields with Ambient textures and poly-rhythmic percussion. The result is a unique sound that may be fully appreciated only by the deep listener of Rownd's work as he produces rhythms some have described as rising out of the air like heat distortions. "I listen to the harmonic overtones as they present a melody that you haven't played," says Rownd of the way his music begins to take on a life of its own as he creates it. "Listen carefully for those melodies within the overtones."