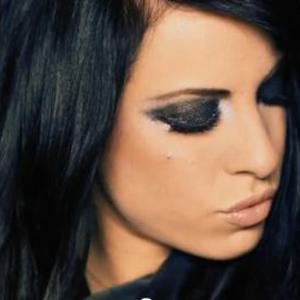 Marie-Mai Bouchard (born July 7, 1984 in Varennes, Quebec) also known as her stage name Marie-Mai, is a French Canadian singer from Quebec. She was initially known as one of the top finalists of the first season of the Quebec reality show Star Acad?mie. As her father, who emigrated from France to Qu?bec at an early age, was also a musician, Marie-Mai began her interest in music in her early years when practising piano lessons and also participated in musical theatre. Shortly, she began singing and her grandmother noticed her talent.

As her father, who emigrated from France to Qu?bec at an early age, was also a musician, Marie-Mai began her interest in music in her early years when practising piano lessons and also participated in musical theatre. Shortly, she began singing and her grandmother noticed her talent. In the following years, she would help Marie-Mai improve her singing abilities even further. At that time, her grandmother suggested to her that she audition for a new competition, Star Acad?mie. Prior to this, in 2001, she would start to perform in shows at Montreal's Th??tre Musical in the Passion intense show.

She became a finalist in the 2003 edition, in which she was immediately noticed by her pop-rock style. She finished third behind Marie-Elaine Thibert, the runner-up of the competition and Wilfred Le Bouthillier, the eventual winner.

After the Star Acad?mie tour that ended in 2004, she was part of Rent, a rock opera musical which was held at the Olympia Theatre in Montreal.

On July 1, 2009, Marie-Mai performed "Mentir" and "Emm?ne-Moi" for Canada Rocks The Capital held in Ottawa.

On February 28, 2010, she performed "Emm?ne-Moi" during the closing ceremonies of the Vancouver 2010 Winter Olympic Games.

Her debut album Inoxydable, produced by Fred St-Gelais, was released on September 28, 2004. Over 120,000 albums were sold in Quebec alone while the album was released in France in 2006. Several singles had reached high in the Quebec charts including the songs "Il faut que tu t'en ailles" and "Encore une nuit" which reached the top of the Radio ?nergie charts.

In the fall of 2006, Marie-Mai had already reached the international stage, when she opened for Garou for four shows at the Olympia in Paris where several international acts made their mark at the landmark music hall. Additional stops in the European Tour included Switzerland, Belgium, Romania and Russia. In an interview with TVA's correspondent in Paris, Claude Charron, Marie-Mai mentioned she was thrilled about the experience and was amazed by the public reception in Paris. She also added that despite being a short experience each night (she opens with 30-minute performance), she enjoys every single moment of it and would stay there forever on the stage.

Her second album, Dangereuse Attraction (also produced by Fred St-Gelais), was released in August 2007. She mentioned in the interview with Charron that she hopes for success similar to her debut album Inoxydable. The first song from her next album is "Qui prendra ma place" (Who Will Take My Place) and already reached number 1 in the Francophone Chart of Radio NRJ (formerly Radio ?nergie). Marie-Mai mentions that her second album is much more personal than Inoxydable. Her song "T?t Ou Tard" is a cover of Alexz Johnson's "Waste My Time" on the album Songs from Instant Star. Over 80,000 albums were sold.

Marie-Mai provided guest vocals on David Usher's songs "Kill the Lights," on Wake Up and Say Goodbye, and "Je Repars," on The Mile End Sessions. She also provided guest vocals for Simple Plan's new song "Jet Lag" which is from their fourth album Get Your Heart On!, released on June 21 2011.