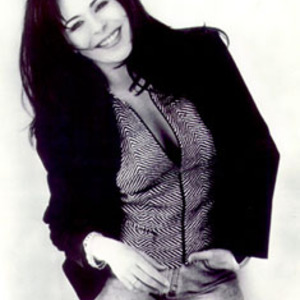 Born Mar?a Concepci?n Alonso Bustillo in Cienfuegos, Cuba (June 29, 1957) is an Actress and Singer. Alonso's first gold album and number one song in the charts was "Love Maniac" in 1979, her name as a singer back then was A'mbar, after that followed her second number 1 with "The Witch" and soon after "Dangerous Rhythm". In what is generally considered to be her best known song, she was asked by Giorgio Moroder to write the lyrics in Spanish and sing "Vamos a Bailar" which he had written to be part of the soundtrack for the film Scarface.

The song instantly became a classic amongst Spanish speakers despite failing to garner any major attention outside of Cuba where it was recorded. It was her second album "Maria Conchita" from 1984 that made her a singing star in the Spanish-speaking market, receiving a "Best Latin Artist" Grammy nomination for it in 1985. She made her Hollywood film debut in 1984 in "Moscow on the Hudson" with Robin Williams, and also appeared in movies like "The Running Man", "Predator 2", "The House of the Spirits", "Vampire's Kiss", "Colors" and the TV reality show "I'm a Celebrity... Get Me Out of Here!". She was one of the few Latin-born actress to star in a Broadway show in 1995, playing Aurora in "Kiss of the Spider Woman". Alonso also acted in romantic comedies Chasing Papi (2003) and The Last Guy on Earth (2006) (post production). In 2005, Alonso briefly returned to music releasing the single titled "Soy", a Dance-pop single aimed at the dance clubs. Alonso was cast to play Luc?a, the mother of Gabrielle Solis, on the ABC hit show Desperate Housewives. The episode was aired on February 19, 2006. She starred in the live-action film of the comic book, El Muerto, and appeared in the film Material Girls (2006).

Alonso hosted VH1's reality show "Viva Hollywood! " which debuted on April 13, 2008 with Carlos Ponce. She portrayed Sam in the Werewolf horror film "Wolf Moon", which was directed by Dana Mennie. In 2007, Alanso was cast in the role of Diana Martin on the Telenovela "Saints and Sinners."