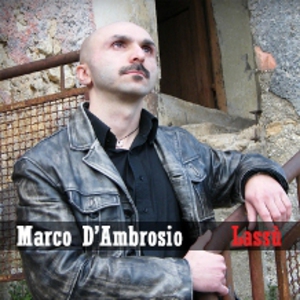 Marco d'Ambrosio - Composer/Creative Director Marco d'Ambrosio loves sculpting music, especially the kind that enhances the visual arts. In fact, creating music that is evocative, enlightening, and entertaining is a natural result of Marco's creative expression. Marco's musical baptism began shortly after moving from Italy to Boston, when at age nine he began playing trumpet. "It really all began in Italy," he reminisces, "when my father would take me to festivals in Florence. "He would put me on his shoulders so I could watch the bands march by."

Marco d'Ambrosio loves sculpting music, especially the kind that enhances the visual arts. In fact, creating music that is evocative, enlightening, and entertaining is a natural result of Marco's creative expression.

Marco's musical baptism began shortly after moving from Italy to Boston, when at age nine he began playing trumpet. "It really all began in Italy," he reminisces, "when my father would take me to festivals in Florence. "He would put me on his shoulders so I could watch the bands march by."

"I remember falling in love with the trumpet, mostly because it was so shiny. It wasn't until we emigrated to the United States that I had a chance to start playing." His musical awareness was later captivated by film music, particularly the classic collaborations of Fellini and Nino Rota and the scores of Ennio Morricone, Bernard Herrman and Maurice Jarre. This quickly led him to composition and the keyboard, with a special interest in combining the textures of electronic and acoustic music, which he pursued while a student at the Hartt School of Music in Hartford, Connecticut.

Marco likes to lose himself in a sea of music and sound. When he's not broadening the aural palette with his own compositions, he's consulting for the THX Division of Lucasfilm Ltd., helping to create quality environments that allow audiences to hear the work of other film composers and sound designers. "Understanding the medium has always helped me to communicate my ideas and at times even inspire some," explains Marco. "If it's a live performance for example, I always like to know what the acoustics of the space are going to be like. With soundtrack work, I can sometimes translate this into the 'emotional' space of a given scene." In fact, Marco's understanding of the technical means to a pristine listening environment heightens his musical awareness in terms of both sonic character and emotional response.

Unlike many of his contemporaries, Marco has never been unduly influenced by cultural and stylistic constrictions. He is equally adept at playing and creating pieces that reflect classical, jazz, popular and ethnic influences, and he thrives on blurring the lines between each. In some of his recent scores you can hear various ethnic instruments such as the didjerido, ashiko, dumbek and bodhran drums, melodica, concertina and Theremin. Many of his compositions also reflect a romanticism that can no doubt be traced to his summers performing in Italy, at the University of Siena and with the Puccini and International Festival Orchestras.
As an independent film composer, music producer, and performing artist, he is as dedicated to eliciting the desired emotional effect as he is to sound quality. And while Marco is quite comfortable working in world class studios, he thrills to the challenge of pushing the bounds of sonic quality, regardless of the facility, recording equipment, or project budget. And as Marco himself says, "All this equipment, all these instruments, all these toys are just a means to an end to create music and sound. What's really important is the music itself, the emotion behind it and the story it is trying to tell."

Marco has scored numerous award winning films, documentaries and live theatre projects including the anime hit VAMPIRE HUNTER D BLOODLUST, HAIKU TUNNEL (Sundance 2001), the Emmy winning BLINK, PBS documentaries DOUBLE DARE and SELF-MADE MAN. You can hear his score in THE RAPE OF EUROPA which is currently screening in theatres nationwide and for which he just received an Insight Award for Excellence in Film and Digital Media Arts from the National Association of Film and Digital Media Artists. Marco is also responsible for creating much of the dynamic sound and music heard in the acclaimed Lucasfilm THX trailers. In 2005, he was one of six accomplished composers awarded a fellowship from the Sundance Institute.

The most recent theatrical release is the highly acclaimed (and Academy Award short listed) ?The Rape of Europa?, which continues its second year in theatres. Terri was the score supervisor on the popular television series ?The Josh Kornbluth Show?. She just completed music supervision on the documentary ?Paper of Plastic?? which is currently running the film festival circuit.

Terri co-chaired the SF Chapter of the Film Music Network, the film and television music industry's premiere professional organization and is also a member of the Film Arts Foundation.

The Rape Of Europa Soundtrack