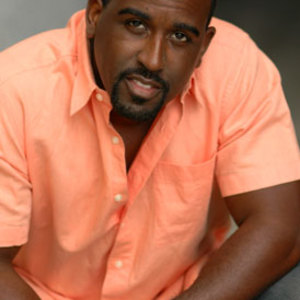 Marc Nelson (born Philadelphia, Pennsylvania) is an American singer. His mother was Phyllis Nelson, known for the songs I Like You and Move Closer. He was a member of Boyz II Men while still attending Philadelphia's High School of Performing Arts. However, Nelson left the group before they released their first album to pursue his own solo career. Nelson is a member of the Church of Scientology. After signing a solo deal with Capitol Records, Marc Nelson scored a hit with a cover of Marvin Gaye's I Want You, which hit #26 on the R&B charts.

Following the release of his solo album, Nelson began to concentrate his talents as a songwriter. Drawing the attention of Babyface, Nelson wrote for artists like Toni Braxton, Brandy, Tamia, Tyrese and Jon B. Through Babyface, Nelson met the four members of the group Az Yet and was added to the line-up as second lead vocalist and the group was signed to LaFace Records.

As a member of Az Yet, Nelson saw a great deal of success. The group's self-titled debut album was released in 1996 and went platinum. It had a great deal of success with the single Last Night going gold and topping the R&B charts. In addition, it reached #9 on the Hot 100. Their second single, Hard To Say I'm Sorry did even better, going platinum and reaching #8 on the Hot 100.

Nelson left the group after being driven away by the business end of things. He began writing intensely and then, when satisfied with what he'd produced, returned to his solo career once more. He released a second album, Chocolate Mood, in 1999. The album featured Nelson's biggest solo hit 15 Minutes, which reached #4 on the R&B charts and #27 on the Hot 100.

On January 9, 2007, Nelson was honored by SESAC at their third Jazz Awards Luncheon for his authorship on "It's On Tonight" by Brian Culbertson. The event honored jazz writers whose works achieved Top 5 status on the jazz charts from January 1, 2006 through December 31, 2006.[1]

Nelson released his first independent project, "Marc: My Words" (Lyric Masters 911) on July 24, 2007. Nelson wrote or co-wrote the lyrics on all 15 tracks of the album. He also produced all of the tracks on the album with several of the tracks co-produced by others. Nelson extracted the material for the release from his existing catalog of songs written between 2001 and 2007 and began recording the material in 2006. The album features the original version of "I Don't Wanna Be In Love" (co-written by jazz artist Brian Culbertson) which also appears on the 2007 release "Crystal City" by Andre Ward.

Nelson was also a founding member of the R&B super-group Blayse with fellow R&B veterans Tony Grant of Az Yet, Gary "Lil G" Jenkins of Silk and Terrell Phillips of Blackstreet. Although the group managed to record several songs, the recordings were never publicly released, the album was never completed, and the group disbanded in December 2007. Lil G left Blayse to return to Silk and Nelson left to return to Az Yet. [2] Tony Grant toured in the Tyler Perry stage production "The Marriage Counselor" from January 2008 through May 2008.