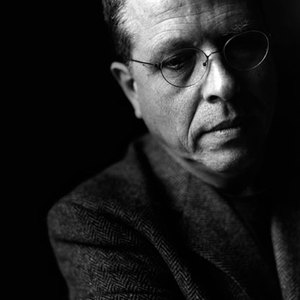 Marc Moulin (1 September 1942 - September 26, 2008) was a Belgian musician and journalist (print, radio, TV). He was a member of the avant-garde rock band Aksak Maboul in 1977 and formed the pop group Telex in 1978. Moulin was one of Belgium's jazz legends, making jazz-influenced records for over 30 years. Belgian keyboardist Marc Moulin has been a jazz craftsman for more than three decades. A leader in the field of acid jazz, he began his career by playing the piano in the '60s throughout Europe.

Belgian keyboardist Marc Moulin has been a jazz craftsman for more than three decades. A leader in the field of acid jazz, he began his career by playing the piano in the '60s throughout Europe. During the following decade, he established a band known as Placebo. By 1974, he had made a trio of albums, influenced by such masters of jazz as Miles Davis and Herbie Hancock. Before the '70s had passed, Moulin switched gears; working with the band Telex, his style shifted to electro pop. With bandmates Michel Moers on vocals and Dan Lacksman on synthesizer, he put out five albums that spawned hit singles like "Rock Around the Clock," an electro pop version of the song originally made famous by Bill Haley & the Comets, and "Moscow Diskow," which won fans in discos as far away as Australia and Brazil. By 1992, Moulin again pulled a switch, this time turning to a sound that was more ambient with the release of Maessage. As the calendar flipped forward to a new millennium, Moulin flipped back in time to the place where he'd started: jazz. He signed with Blue Note, a label fond of pushing boundaries, which allowed him to freely combine his proclivity for the electronic sound with his jazz roots.

Moulin also worked extensively as a radio producer in the eighties, and later appeared regularly on radio shows while writing for Belgian publications.

Welcome To The Club