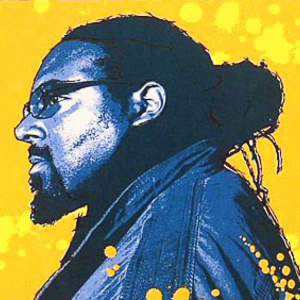 Singer/songwriter Marc A. Evans has been making noise with his music for over 15 years. In 1993, he started a band called Voice Of Reason, a group of musicians playing covers but not the usual bar music. There sets were once referred to as "middle of the album" covers. The songs we all love from our favorite artists that never make the charts or get radio play. What started as a straight-ahead jazz endeavor evolved into soul, rock, funk, hip-hop, and house covers and inspired Marc's writing in each genre.

Never wanting to be labeled a 'category' artist, Evans spent time studying and learning how to sing in any style. He attended open mics & jam sessions of all kinds - spent time performing as The Songbyrd with poetry troupe The Minista, JaHipster, and The Songbyrd. They performed at colleges and poetry spots up and down the east coast from Massachusetts to North Carolina. In 2004 Evans left his full-time job to tour with friend and producer John Stoddart for his Warner Bros release Wings To Walk This Road. The same year Evans released his debut indie recording The First Seven Years. Later that year he wrote and recorded 'The Way You Love' for DJ Spen and the Muthafunkaz. A session turned into a single. A single turned into a follow up single 'I Don't Want You Anymore'. And in 2005 Evans was requested to perform his singles at the UK's Southport Soul Weekender, a semi-annual event featuring the world's hottests DJs, House, and R&B/Soul artists. Evans' overseas performances and songwriting caught the attention of Simon Dunmore, International DJ & CEO of Defected Records. A deal was struck and producer/partners DJ Spen & The Muthafunkaz began working on the full album. The lead single The Way You Love Me is now a full album that will released worldwide September 15, 2008. www.defected.com Evans' still writes and records as an independent artist. Spring 2009 he will release his second independent album, Intervention. Known for his smooth delivery and optimistic lyrics, Evans shows a heavier side of his life. The struggles of a man, father, and aspiring artist. Evans is also recording an original album with his band Soul Centered that will release Fall 2009. Stay tuned for the official website www.soulcenteredmusic.com

The Way U Love Me