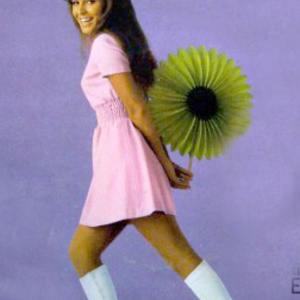 Doris Inge Wegener (18 August 1943, Berlin, Germany - 13 February 2001, Berlin, Germany (cancer of the throat)) better known by her stage name Manuela was a German composer, guitarist and singer. She worked first of all in a factory and later became a lead singer in many bands. She was discovered in 1962 in a Berlin nightclub. A year later she made the German cover-version "Blame it on the Bossa-Nova" (made famous by Eydie Gorm&eacute;). She went to Hollywood to study English with actress Kim Novak.