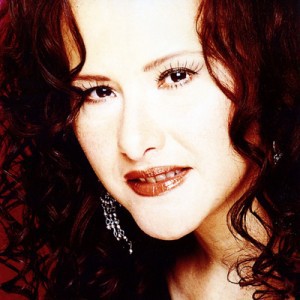 Manoella Torres, "the woman who was born to sing", is an American singer and actress of Puerto Rican background based in Mexico who has had a long career that continues to this day. She has recorded over 350 songs by famous songwriters such as Armando Manzanero, Juan Carlos Calder?n, Juan Gabriel, Manuel Alejandro and Rafael P?rez Botija to name a few. Gloria Torres Calder?n was born on April 21, 1954 in New York City, United States of America. Her Puerto Rican parents Felicia Calder?n and Jorge Torres had a total of six children, Gloria being the oldest one.

Gloria Torres Calder?n was born on April 21, 1954 in New York City, United States of America. Her Puerto Rican parents Felicia Calder?n and Jorge Torres had a total of six children, Gloria being the oldest one. She developed an affinity to singing since childhood and would sing for her family. Fighting alcoholism, Jorge Torres and his wife decided to separate and their children were sent to boarding schools while they worked out their problems. Gloria, on the other hand, moved to Mexico with her grandmother, Guadalupe Narv?ez, who was a frustrated singer herself and wanted to help her granddaughter's dream come true. She encouraged her talent while Gloria idolized singers like Cuco S?nchez, Los Panchos and Lucha Villa. In Mexico she continued to study vocalization and years later met the man who would take her career to the next level, Alfredo Marcelo Gil. He became her manager and initially gave her the stage name "Gloria Gil". She began making the rounds of musical events and television appearances where she met another important figure in her career, Armando Manzanero. Upon hearing her sing, he declared "Ni?ita, t? naciste para cantar (Little girl, you were born to sing)". This quote would eventually become her media nickname "la mujer que naci? para cantar (the woman who was born to sing)".

In 1971, she got a record deal with Columbia Records with a new stage name, "Manoella Torres". She released her first album "Naci? Para Cantar" and her first single, written by Manzanero, titled "El ?ltimo Verano". The song became a hit all over Mexico and soon Manoella would amass hit after hit appearing regularly on "Siempre en Domingo" with Ra?l Velasco. Some of her greatest hits include "Ahora Que Soy Libre", "Te Voy A Ense?ar A Querer", "Libre Como Gaviota", "Acar?ciame", "Que Me Perdone Tu Se?ora", and quite possibly her most famous song "A La Que Vive Contigo", written by her mentor Armando Manzanero.

Towards the end of the 70's, Manoella met the man she would marry, Guillermo Diestel Pasquel, with whom she would have a daughter, Erika. She would later reveal that he was an abusive man who would frequently inflict physical and mental anguish on her, resulting in her separation in the mid 80's and leaving the country. Tormented, she decided to focus on her life at the expense of her career. She was exiled with no communication from anyone who knew her or her husband for three years before returning in 1988 to tie up loose ends and finally ending her marriage.

In February of 2007, Manoella Torres became part of Mexican television network TV Azteca's reality show titled "Disco de Oro", hosted by Jos? Luis Rodr?guez "El Puma", in which singers of the past compete in an interactive environment with the viewers. The winner got to release an album produced by the network but, unfortunately, Manoella achieved the third place.

Today she continues to tour continuously across Mexico and to release albums regularly, most of the time consisting of covers of herself and other famous singers.