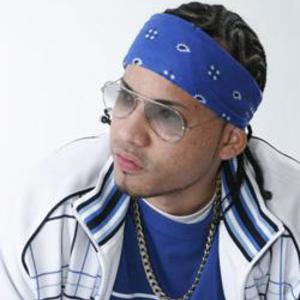 Emmanuel Rodriguez was born December 16, 1981, in the town of Aguadilla, Puerto Rico. In his formative years he lived in the neighborhood of Tamarindo, an environment known for drugs and violence. From an early age, Rodriguez had a strong desire and skill to write songs about his surroundings and the challenges that came with youth. In 1996, at the age of 16, Rodriguez came to know Jesus, and accepted him as his savior.

This would prove to be a decision that would affect not only the course of his career, but the course of his life. He began to write songs about his faith in Christ, putting him in contrary motion to the genre at large. Though meeting with consistent resistance, Rodriguez's repertoire of material and reputation continued to improve and climb. In the year 2002, he released his first solo record called Realidades, under the artist name Manny Montes. Hits like "La Vida que Nace de Muerte" earned Montes popular fame and industry attention. Opportunities to perform and record followed, including participation on the 2004 release United Kingdom, a very successful collaboration featuring a number of Christian rappers. The recording led to a large outdoor concert in Puerto Rico, United Kingdom: El Concierto, which produced a high-selling CD and DVD. Montes' fourth album, Immortales, was released in 2006; it drew on contributions from roughly 35 ministers and musicians, united in bearing a message of hope and truth. Though the reggaeton genre is not widely accepted or approved by the church, Montes continues to persist, opening doors and changing minds!! ~ Ben