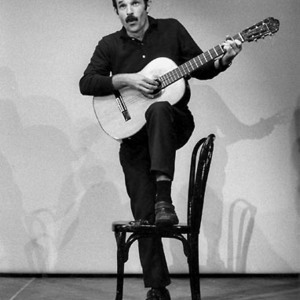 Mani Matter (August 4, 1936 in Herzogenbuchsee ? November 24, 1972, officially Hans-Peter Matter) was a popular Swiss singer-songwriter. He grew up in Bern, and performed his own chansons in contemporary Bernese German at local venues and on the radio; he accompanied himself on the guitar. Mani Matter also performed together with the Berner Troubadours (Bernese troubadours). He was killed in a car accident on his way to a concert and is buried in the Bremgartenfriedhof in Bern.

His Bernese German songs remain very popular in the German speaking part of Switzerland, and Matter is a great influence on the dialect music scene in Bern, and his songs are frequently covered. A collection of cover-versions was published in 1992 on the album Matter Rock. Mani Matter's chansons are often taught at school and are famous for their soft irony.