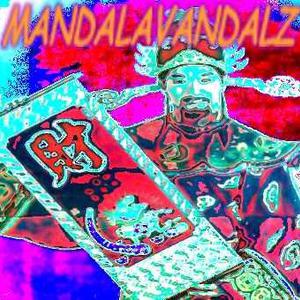 Mandalavandalz is a "suomisaundi"-style psychedelic trance project from Finland. It is the solo project of Texas Faggott's Tomo Tomatoeyes (Tim Thick), with and without Halluciano Powerotti (Pentti Slayer). Tim has also been active as a member of Flying Scorpions, Tea Chairs and others. Pentti has founded reggae label Fat Belt Records. They have played across the world - aside from Finland, they have played in Israel, Japan, India, Australia, USA, Mexico, New Zealand and further. The music is frenetic and deranged, crazy and bouncy, and is some of the most psychedelic psytrance out there.

The group has collaborated with the Finnish project Mullet Mohawk, and has remixed a song by Finnish rap band Notkea Rotta. A track of theirs has been remixed by Israeli artist Ex Uus.

King Of The Bad Trips