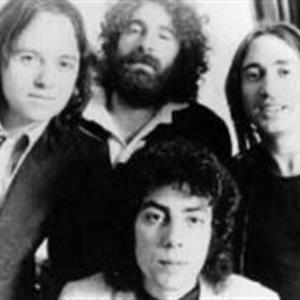 MANDALABAND were the 1970's creation of composer and producer David Rohl. The original band (Mandalaband I) was short-lived and produced only a single eponymous album; however, Rohl, whilst chief engineer at Strawberry Recording Studios, went on to record a second album 'The Eye of Wendor' (Mandalaband II) using the talents of many well-known musicians and vocalists, including Justin Hayward, Maddy Prior, Paul Young, all of 10cc and Barclay James Harvest. Early years

Rohl (who was born and raised in Manchester) formed his first band ANKH in the 1960s and recorded demo tracks at Strawberry Studios, Stockport, in 1968, with MINDBENDERS and 10CC vocalist Eric Stewart engineering. The band were soon contracted to Vertigo Records with Tommy Vance as producer, but to-date the Vertigo tracks have never been released. The collaboration with Stewart set the tone for Rohl, whose subsequent efforts would also be marked by the involvement of major names in the British music industry.

Following the ANKH project Rohl left the music business briefly for a career in photography, where his most notable achievements can be seen inside the gate-fold of the MOODY BLUES' 1970 release ?A Question of Balance'.

Rohl returned to music with the formation of MANDALABAND along with drummer Tony Cresswell and Camel Studios session keyboardist Vic Emerson, plus former FRIENDS members John Stimpson and Ashley Mulford. The group auditioned and enrolled vocalist Dave Durant and MANDALABAND was born, promptly being signed by Chrysalis Records.

MANDALABAND I undertook touring almost immediately and, by early 1975, found themselves opening for Robin Trower's UK tour. The band followed the tour with a trip to the studio for their first album, for which Chrysalis retained THIN LIZZY and YARDBIRDS producer John Alcock, much to the band's chagrin. Disillusioned, Rohl left the band and returned to Manchester. The theme of this first Mandalaband album was centered around the Tibetan resistance movement against Chinese occupation, begun after the invasion of the area following World War II and still smoldering today. Chrysalis executives were not pleased with Alcock's production effort (which they did not feel came up to the quality and dynamic of the original demo recorded by Rohl). Their solution was to ask Rohl and future TALK TALK engineer Tim Friese-Greene to come back into the studio to remix the tracks. This album was re-issued on CD in 1992 by Edsel Records but is no longer available. Shortly after the album's release, the band, minus Rohl, reformed around future MIKE & THE MECHANICS vocalist Paul Young and GYRO guitarist Ian Wilson under the name SAD CAF?.

For his part Rohl returned to the studio as a producer and engineer, working with such major luminaries as BARCLAY JAMES HARVEST, MARC BOLAN, MADDY PRIOR, 10CC and THIN LIZZY. Chrysalis also retained him as a writer and performer, whilst continuing to use the name MANDALABAND.

In the genre of numerous theatrically-based, themed albums of that day (JEFF WAYNE's ?War of the Worlds', ALAN PARSONS PROJECT's ?Tales?', TRIUMVERAT's ?Spartacus', LANCASTER & LUMLEY's ?Peter & the Wolf', etc.) Chrysalis commissioned Rohl to undertake the production of a trilogy of three albums based around the theme of a fabulous gemstone with mystical properties. The setting for the project was heavily Tolkienesque, including an opening track that was originally intended to be part of a Lord of the Rings movie soundtrack.

Since Rohl held the rights to the MANDALABAND name but was no longer working with the original band members (who were enjoying brief success with their AOR project Sad Caf?), the founder of the band instead recruited an impressive, name-dropping cast of acquaintances from throughout the music industry. The eventual contributors to this ?Club' effort included MOODY BLUES's front-man Justin Hayward, STEELEYE SPAN's Maddy Prior, all of 10CC and BARCLAY JAMES HARVEST, JIMI HENDRIX bassist Noel Redding, Paul Young of MIKE AND THE MECHANICS, the HALLE ORCHESTRA and many others. The album was compiled over a two-year period with largely volunteer contributions and during studio off-hours. The resulting work most notably shows the influence of BARCLAY JAMES HARVEST's Woolly Wolstenholme and Hayward, with a wide variety of individual sounds owing to the massive number of musicians involved in the lengthy process.

While the recording was well-received (primarily in Europe and Japan), Chrysalis elected not to attempt the remaining two planned albums due to concerns over production costs.

Today Rohl is a noted Egyptologist and historian whose contributions to the world of archaeology and history include his seminal work on ancient Egyptian chronology ?A Test of Time?, ?Legend: The Genesis of Civilisation?, "The Lost Testament" and "The Lords of Avaris", as well as the internationally acclaimed TV documentary series ?Pharaohs and Kings: A Biblical Quest? and "In Search of Eden".

Both versions of MANDALABAND deserve recognition in progressive history; the first for its complex and highly ambitious attempt to fuse world and cultural themes with complex and varied musical structures, and the second for its major involvement and support by dozens of musicians from the Progressive Rock, Folk, and Symphonic Rock music scenes.

After thirty years, Mandalaband was suddenly resurrected in late 2009 with the release of "BC - Ancestors" (Mandalaband III), with a fourth album "AD - Sangreal" due for release in the summer of 2010 (Mandalaband IV). The new band consists of David Rohl engineering, producing, playing keyboards and taking the majority of vocals, Ashley Mulford (from MANDALABAND I and SAD CAF?) on lead guitar, Woolly Wolstenholme (from BARCLAY JAMES HARVEST, MANDALABAND II and MAESTOSO) on keyboards and vocals, Troy Donockley (from IONA and THE BAD SHEPHERDS) on pipes and whistles, Marc Atkinson (from GABRIEL and RIVERSEA) on vocals, Jose Manuel Medina (from LAST KNIGHT) on keyboards, Kim Turner (from MANDALABAND II and MAESTOSO) on drums, Craig Fletcher (from JOHN LEES BARCLAY JAMES HARVEST) on bass, and with Barbara and Briony Macanas supplying the backing vocals. The internationally renowned cover artist, Ed Unitsky, is the official band artist, providing the artwork for all the new releases.

The original Mandalaband albums from the 1970s have been digitised at Abbey Road Studios and are being remixed and remastered by David Rohl in his studio for CD release in late 2010.

The Eye Of Wendor: Prophecies (Vinyl)