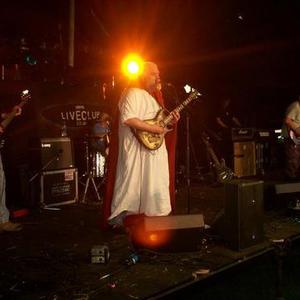 Alien Stash Tin were formed in Bristol, UK, in 2002. The current line up consists of Jon Wisbey (guitar / vocals), Jonathan Gould (guitar / keyboards / vocals), AJ Pearse (bass) and Bruce Morgan (drums). since the bands formation they have supported Dumpy's Rusty Nuts, Bad Manners, Rita Lynch and Zombie Met Girl amongst others and played several festivals including Guilfest 2008. The band issued their Debut single 'America (Just Say No)' in 2003 and issued their first full length album in 2007. Their second studio album 'On A Pinstripe Planet' is due for release in the summer of 2011.