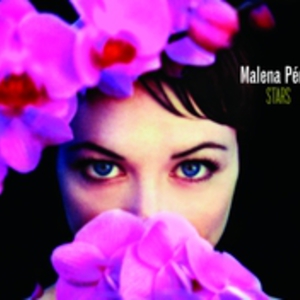 Born in Atlanta, Georgia to a Cuban father and German mother, Perez grew up listening to stories of her father's homeland and the sounds of Omara Portuondo and Celia Cruz. In her own music, which blends Latin-flavored soul with downtempo, progressive jazz, the songstress explores these early influences and updates them for the modern lounge scene. Between her successful collaboration with producer Michael Johnson in Atlanta and her own personal life journey - one that led her from Atlanta to California...

Between her successful collaboration with producer Michael Johnson in Atlanta and her own personal life journey - one that led her from Atlanta to California to New York - Malena began to find her own true voice as an artist and even tried her hand at production for the release of her first internationally distributed album, STARS, a two-year labor of love.

The album features production work by Osunlade, Carlos Nino, Miguel Atwood-Ferguson, Kenny Dope and Alix Alvarez, yet it is blessed by the touch of an executive producer that remembers her beginnings in a tucked-away studio in Atlanta, as Michael Johnson's unmistakable vibes are still ever-present on STARS with tracks "Free To Fly," "What Do I Do" and "Tomorrow," songs from the original underground LP release that Perez holds dear. And now that Perez's record label Cubanita Groove is up and running, a re-pressing of the complete LP "Free To Fly" just may be in the stars.

Malena resides in Brooklyn, New York, where she continues to work on developing future projects as a vocalist, writer and consultant for independent artists. For more information on Malena Perez and Cubanita Groove Records please visit www.cubanitagroove.com or www.myspace.com/malenaperez.