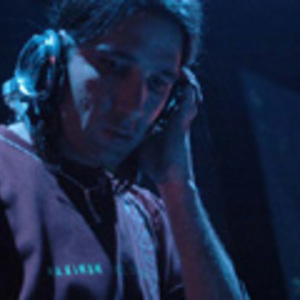 Alien Project is the psychedelic trance artist Ari Linker from Tel Aviv, Israel. He has been DJing and producing music since 1994, and his sound has evolved into a recognizably upbeat psytrance sound. He is heavily influenced by Shpongle and Astral Projection. Ari Linker has been tirelessly creating, composing and producing music for quite a few years and it doesn't look like, even now, as he matures, better than a fine wine, that he has any intention of retiring in the near future.

Ari Linker has been tirelessly creating, composing and producing music for quite a few years and it doesn't look like, even now, as he matures, better than a fine wine, that he has any intention of retiring in the near future.
Ari's sound has engraved it's essence upon all ears that hear and he has assuredly earned himself an honorary place at the table of Trance Masters. He is currently touring the world performing live at parties and events across the globe and is quite probably the most sought after trance act on the scene today.

So what led Ari to the place he is now at?
Well, it all began in that mystical, far-out land in India Goa, the birthplace of so much, for so many. Way back in 1994, Ari took his first trip out there, and since then he has made a happy pilgrimage back to the land of Shpongle every year.
Needless to say, he had more than a few mind-blowing, life-enhancing experiences which inspired him to get involved (totally involved) in the musical revolution that was rapidly developing and the result of which was the birth of an incredible, new and pioneering form of music: Psychedelic Trance Techno was born.

Ari started DJ'ing at small parties and soon realized that, ultimately, his dreams, ambitions and goals were to be making the music himself, as opposed to just playing other peoples tunes, no matter how good. The Alien was beginning to see his destiny unfold.
He set about teaching himself as much as he could possibly learn about the art of music production. The next obvious step was to enroll at a college, where he dutifully spent every day for the following eighteen months, learning the tricks of the trade and laying a solid foundation of musical knowledge on which to build his sound.
Add to the equation hundreds of late nights, working until the early hours of the morning,
arranging compositions, adjusting parameters, editing and engineering until his ears were fried and his brain was going into serious overload, and it's easy to see how the Alien has come so far, so soon.


By 1996/7 Ari was well on the way, with mix contributions on two tracks for the Cosmic Communications Compilation.
His Dj skills were much in demand too and he was lucky enough to be flown around the world doing gigs in all sorts of magical and exotic places in far away lands.
As well as all of this, Ari happens to be a neighbour and compadre of those Trance giants, Astral Projection, who also live in Tel Aviv.
Having the opportunity to hang out with the boys in their high-tech studio and picking up a few tips along the way couldn't have done Ari any harm either! After all, we're talking about one of the foremost recording artistes ever to grace the global Trance stage.

In fact Ari released his own remix of the Astral classic, People Can Fly, which has gone down a storm wherever it's been played and even won the support of high flying international DJ John 00 Fleming, who liked the tune so much he bought the company!! Well, not quite, but he did create his own special edit, which was released, in July, along with the original mix.

Anyway, back to the story, and we see Ari branching out further by applying the knowledge and skills he has learnt,
as a live sound engineer with another legendary and pioneering Trance Meister:
Johann Bley, former drummer/programmer with Juno Reactor and producer of his own powerful teutonic sound for many years.
From here, our man in Tel Aviv, who was developing his repertoire at an astonishing rate began to really get his temple together, which has since come to be known as the Alien Project Studio.

Throughout 2000, Ari continued to ply his trade, diligently utilizing every precious moment to create, develop and evolve.
Finally by 2001 he had enough material to release his first album, Midnight Sun which, I hasten to add was snatched up by leading Israeli Trance label Phonokol. Ari must be one of the few recording artistes ever not to have to go dragging himself from record label to record label, trying desperately to get a deal.

Midnight Sun was a great success and the Alien sound was born.
Not too many moons later, Ari was ready to release his second seminal long-
player Dance or Die. Again, this was greeted with rave reviews and much applauded by DJ's and fellow contemporaries in the field. Ari's hard work and dedication was paying off large dividends and as a result of his busy gig schedules and his reputation for sparkling, live performances, his fan base too was growing daily.