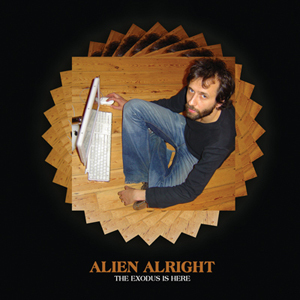 Alien Alright is a London based rock musician, and co-owner of the independent label, Pomleroy Records. Since December 2003, he released two albums and one EP, incorporating a variety of styles, including Garage-Rock, Funk, Alt.Country, Hip-Hop, Punk and Hard-Rock. After a largely acoustic debut (Howard Good's Radio Sessions), he moved onto a fuller sound, using an unorthodox combination of real instruments and analogue equipment with methods adopted from electronic music.

The Exodus Is Here