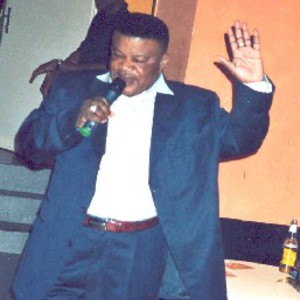 Jean de Dieu Makiese (May 28, 1952 ? August 11, 2007), popularily known as Madilu System, was a soukous singer and songwriter born in L?opoldville, Belgian Congo. He was once a member of T.P.O.K Jazz which dominated African popular music in the 1960s, 1970s and 1980s. Madilu was 19 when he started his career in Kinshasa's thriving music scene in 1969. Over the next fifteen years he sang with Orchestre Symba, Papa Noel's Orchestre Bambula...

Madilu was 19 when he started his career in Kinshasa's thriving music scene in 1969. Over the next fifteen years he sang with Orchestre Symba, Papa Noel's Orchestre Bambula, Sam Mangwana's Festival des Maquisards and his own Orchestre Bakuba Mayopi, but his career thus far neither revealed nor promised anything out of the ordinary (in an extraordinary milieu). It was franco who made a star of Madilu System (as the big man had dubbed him). "Mamou (Tu Vois)," the record that introduced the new T.P.O.K. Jazz singer, was a hit in 1984. Madilu followed that up with his own composition for the band, "Pesa Position." Then came "Mario" and "Reponse de Mario" in ?85 and perhaps the best of the Franco-Madilu duets, "La Vie des Hommes" in '86.

Congo has bred singers with more impressive range, more force or sweeter tone than Madilu, but very few who sang with his expressiveness, his ability to vivify character with his voice. It was this quality that franco appreciated so well. He and Madilu shared the lead vocals on many of Franco's story-songs, Franco singing the narrative and Madilu assuming the role of the protagonist.

When franco died in 1989, T.P.O.K. Jazz ceased making music for one year, then came together again with Madilu as one of the leaders. In the ensuing years he was a key participant in several of the band's reunions on stage and in the studio, but at the same time he established himself as an independent artist. Of all the T.P.O.K. Jazz veterans, perhaps only Sam Mangwana had a stronger solo career than Madilu ? and Madilu, unlike Sam, never lost his huge fan base in Kinshasa, even while he lived in Paris and Geneva. And yet he always remained an avid collaborator. Some of his best records were duets with peers such as P&eacute;p&eacute; Kall&eacute;, Nyboma Mwan-dido, M'bilia Bel and Josky Kiambukuta. In 2006 he joined the Congolese supergroup K&eacute;k&eacute;l&eacute; for Tapale, one of the highlights of the album Kinavana, and in 2007 he reprised ?Mario? in a stellar cameo with Africando. His voice was deeper and even huskier than it had been in the original recording, but if anything he rode that war-horse with even more panache than he had 22 years earlier.

Madilu System released a new album, La Bonne Humeur, the summer of 2006, and the first impression of many listeners was that it might be the finest of his career. He went to Kinshasa at the beginning of august 2007 to film videos of his new songs. He collapsed Friday the 10th of August and was taken to the University Hospital, where he died the next morning.